The magic of Chinese films in Jaipur International Film Festival 2020 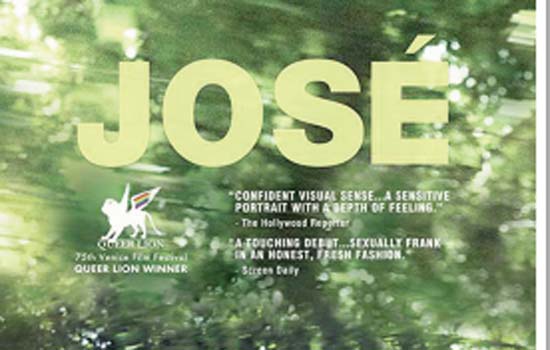 Jaipur:JaipurInternational Film Festival-JIFF is going to take place in the pink winter of PINK CITY. This is going to be the 12th edition of Jaipur International Film Festival [JIFF], which has established its special identity and place around the world. It is no less thangoodnews for cinelovers to know that the Jaipur International Film Festival [JIFF],organizedby theJaipur InternationalFilmFestivalTrust and Aryan Rose Foundation, will be inaugurated at INOX Cinema Hall, GT Central on 17th to 21st January 2020. Jaipur International Film Festival ispopularly knownfor the fact that films from countries around the world are screenedhere.Itwillbedelighting for cinema lovers to know thatmany films fromChinawill be screened at JIFF 2020. ScreeningofChineseFilms -In The Mud | Nagging | The Joker | Feeling to Tell | Mosaic Portrait | Ridiculous Scholar | Heavy Craving | The Knot | Prohibit Return | Unstoppable | Bloody Daisy and Sun Rises from the East Pole are going tobespecialduringJIFF2020. IntheMudisaShortFiction Film directed by Dominic Yeh. This story is about the corruption of the government and a common phenomenon of ignoranceinruralareainChina intheearly21st century.China began enforcing cremation laws around 2000. However, there was one village in which the cremation laws had not been introduced. One day, a county police officer and his superior came to this village and investigate. They discovered that the whole village was superstitious. There was a middle-aged carpenter in theanti-feudal villagethatlived on making coffins. As the cremation laws were issued, his life became dull.All he wished for was to be buried not cremated after he died. He used villagers’ ignorance to kill the goat which was worshiped by the villagers so that he satisfied his own ignorance. Then he ended up buried alive. In theend,accordingtothelaws, the body of the goat was dug out and burned, when the villagers all wept at its funeral. Directed by Shang Gao, Nagging is a Short – Fiction Film. The film asserts about a Grand Ma, who is a devout Buddhist, chanting Buddhist sutras is her spiritual sustenance, besides, she devotes herself to taking care of her grandson Binbin. As parents work outside the home for a long time without accompanyingBinbin,helacks thecare of his parents and his characterbecamedistortedandrebellious. He indulged himself in games all day. One day, Binbin's father called to tell his grandmother that he couldn't come home for the weekend due to busy work. Binbin was used to this, he was indifferent, continued to indulge in games. But in the phone conversation between grandma and father, Binbin suddenly heard awordfromGrandMa;hewas suddenlyenlightenedandhad anepiphany.Hethoughthehad found a way to make his parentsneverleavehimandspend alldaywithhim,soheputdown his game and ran into the bedroom.What couldbethatway? Feelings toTell isaFeature Fiction Film, directed by Wen Li. The film is about Jiang, a young painter and finds himself in a Taogu village where hemeetsamutegirl, Jiu'erand her foster father Old Bai who believed firmly in ancient Xiangchu gods.As an observerandparticipantofthedream, the veneration they showed to thegodsdeeplytouchedJiang. When Jiang witnessed the deep affection from his grandfather showed to his grandmother, he felt more puzzled over the fact that his parents had torn the last veil of hypocrisy and wished to get rid of the perplexities of real life. For the second time when Jiang entered into Taogu Mountain and re-acquainted withOldBaiandJiu’er,hefound that this was a mystic domain of reversed time. Sun Rises from the East Pole is a Feature Fiction Film directed by Phenoix Dong. The film is about a common girl Yueyan Zhu, who disappearsjustadaybeforethewedding. Her future husband is a celebrity that every girl wants to marry. In such a situation, why is Yueyan disappeared? However, this turn in the marriage also gets covered in theheadlines.Atthesametime, the mother of celebrity Zixuan finds that both are legally married several days before the weddingceremony.Shewants both of them to get divorced so that Zixuan's property will beprotected.Nowsheassigns the job to the lawyer to get to the bottom of Zixuan and Yueyan's relationship. Mosaic Portrait is a Chinese feature fiction film, directed by JHAI Yixiang. The film is the story of a migrant worker Xu, who suddenly one day learns about the pregnancyofhis14-year-olddaughter Ying. He tries to find out throughYing'sschoolandlocal administrationbutseeksnojustice.Yingalsochargesagainst one of his teachers, but the administration saves him. Ying, on the other hand, goes through the tough time of pregnancy.After the birth of the child, she leaves the city, where her past can not bother her. Butwill sheberelieved?Or will she ever hear her inner voice?

Top Stories !
- One Needs to Declass Oneself to Und...
- The birthday of Hindu Surya should ...
- The Card Readers
- The ball of the hip was broken, an ...
- Salute to the spirit of women offic...
- Stone disease, skin disease homeopa...
- Planted 51 water and 51 granules
- Online premiere of the film "Te...
- Ajmer Smart City’s war room instr...
- Ajmer Smart City’s war room instr...
- Comfortable face mask designed by C...
- Printing business should move ahead...