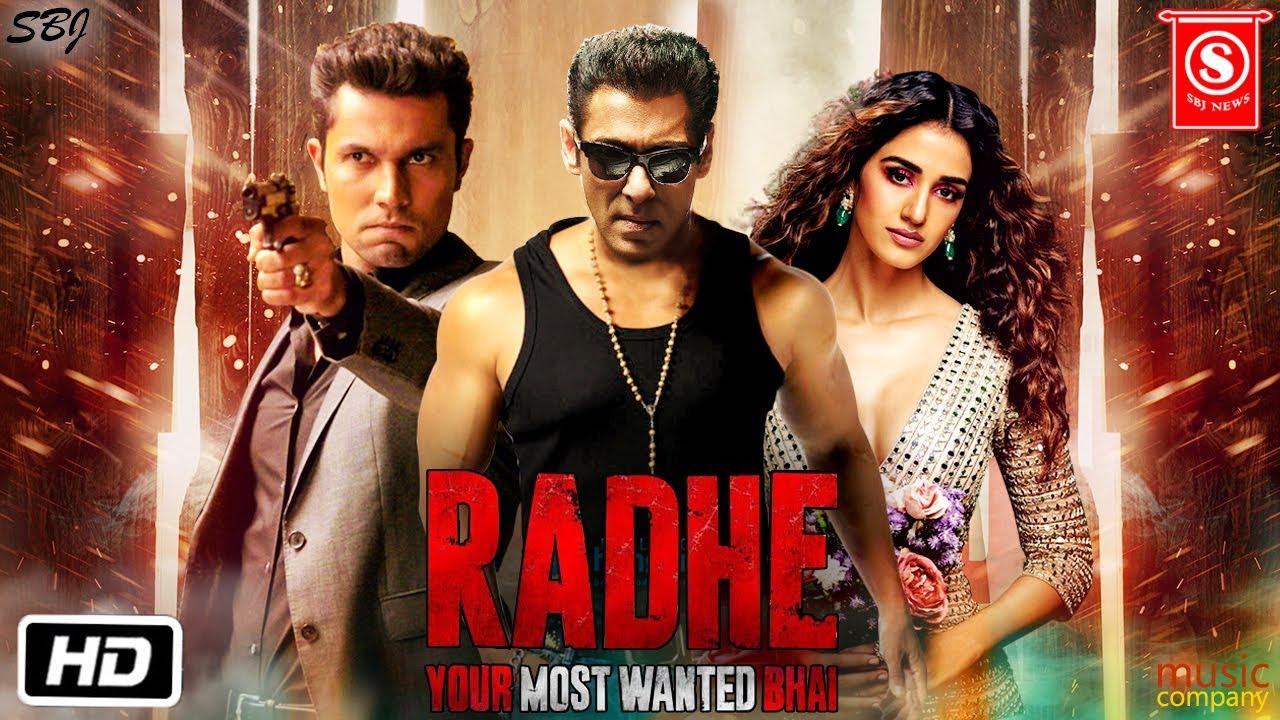 Probably the most awaited movie of the year “RADHE-THE MOST WANTED BHAI” has been finally released on 13th May 2021, after so much of delaying due to the pandemic. Radhe is the official remake of the South Korean film ‘The Outlaws’. Director Prabhu Deva has immensely failed to meet the expectations of the audience who were waiting for the Salman’s next blockbuster. Salman’s Radhe is the second lowest rated film on IMDb.

PLOT: The story is about how Radhe(Salman Khan) who is the smart, intelligent and a kind hearted cop ‘cleans up’ or saves the Mumbai city from the drug mafia Rana(Randeep Hooda) who uses school and college students for the smuggling of drugs.

CAST: Salman Khan (Radhe) is in the main lead of the movie. He played the role of a smart and calm natured undercover cop who has done 97 encounters and now appointed to save the youngsters from the rampant usage of drugs. Salman Khan seems careless about his acting in most of the scenes of the movie. But as usual his action scenes were more impressive as compared to his acting.

Randeep Hooda(Rana) is playing the role of main antagonist who is the leader of drug mafias. He perfectly suits his role and engage audience to watch movie because of his acting. His calm nature in the movie is very impressive. So, the fact is that his acting is the best-selling point of the movie.

Disha Patani(Diya) has noting to do with the story she is just a love interest of Radhe aka Salman Khan in the movie. But she should be appreciated for her hard work and dedication in terms of her acting and dancing. Her absence will not affect the story of the movie at all.

Jakie Shroff (Manik) is very useless and unwanted character in the movie. He plays the role of Radhe’s (Salman Khan) superior cop and the elder brother of the Diya (Disha Patani) in the film.

MUSIC AND COREOGRAPHY: Movie contains 4 soundtracks (Seeti Maar, Title Track-Radhe, Zoom-Zoom and Dil De Diya) among which 2 were the best- Seeti Maar and Radhe; they will force you to tap your feet as they are really energetic as compared to other tracks. Seeti Maar song is recreated from the Telegu film ‘DJ’ featuring Alu Arjun and Pooja Hegde. Choreography done by Prabu Deva was the best as usual.

CINEMATOGRAPHY: The photography and camera work were done very well in the movie.

Radhe is a full action-packed entertainer and the best part of the movie is that it has justified length of 1:49 min so it contains less commercial stuff or masala. Apart this Radhe has scenes which are the plus points of the movie like the face-off between Radhe(Salman Khan) and Rana(Randeep Hooda). But the fact is that this movie is only made for Salman’s die-hard fans. So, I would suggest please keep your minds aside while watching movie.