RAFLE Moment for the MSMEs of India 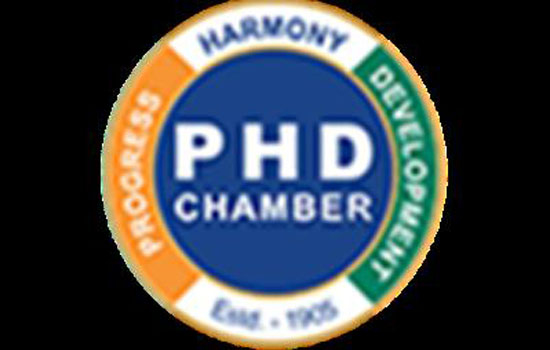 Mr. S S Acharya in his deliberation discussed that the long pending demand of the MSME sector got a boost due to the pandemic. This is a RAFLE moment for the MSMEs where R is for the Regulatory measures; A is for Administrative measures and F is for Fiscal measures; E is for Economic Measures and L is for Legal measures. He talked that unitization has been satisfactory and we are giving no capital charge against it. There is a gradual increase in demand and production and it will pick up soon.

Mr. S S Acharya highlighted that the priority is the liquidity and this measure is to help units is to get liquidity. Offers letters have been issued by the private banks and offer has been given to everyone in the best possible way. There are other schemes which have been launched by the fund of fund, Pradhan Mantri Swadhar Yojana, and the smallest of the small that will help in giving cushion and support to the MSME. So, every sector of the MSME is being touched and some facilities have been put into place.

Talking about the initiatives taken by SIDBI in aiding support to the MSME, he emphasized that the issue for the MSME is the realization of the receivables that need to be resolve for smooth flow and functioning of the MSME industry.

Mr. Himanshu Sahai discussed the intentions of the Bank & the Government mentioned that private banks are looking at this scheme in the same way as the public sector banks. He said that the entire sector eco-system is looking at this scheme as a business opportunity that will help them to increase the incremental credit, support existing borrows. Talking about the challenges, he highlighted that bankers have to ensure that the regulatory aspect is met. It's time for MSMEs to come forward and take benefits from the scheme.

Mr. Pradeep Sharma while lauding the measures taken by the government is giving a new definition to MSMEs and supporting them with schemes and initiatives. Explaining about the Bank Credit under Emergency Credit Line of Rs 3 Lakh Crores for MSMEs and other measures, he said that there needs to better churn in the better working capital of the MSME. There is a tremendous opportunity for MSME in the fields of agriculture, IT, and others for the future. He also discussed the initiatives taken by the State Bank of India for supporting MSMEs and other small businesses.

Ms. Pallavi Parab discussed the specific initiatives and offers provided by the HDFC Bank to the start-ups & MSME's which include launching online platforms catering to B2C customers for MSME customers; equity investments and many more.

Mr. Anil Khaitan, Former President, Mentor of MSME Mentoring & Guidance Centre, PHD Chamber of Commerce and Industry while deliberation of about the economic stimulus package announced by the government, Rs 3 lakh crores emergency credit line for MSME; loans is the most desirable package the government has given to the MSME.

Talking about the situation of MSME, he emphasized that this will help this sector to bloom and gave a new definition to MSME. But giving another side of the issue, he said that credit is a huge challenge for some companies. Companies with a good credit history can raise fund but the neediest among the MSMEs are facing challenges due to slump in demand and lack of finance. He further explains the key highlights of the scheme, mentioned that MSME needs government support in lowering fixed cost and shot term benefits like wavier of electricity charges and many more.

Dr. H P Kumar, Former CMD, NSIC & Advisor PHD Chamber of Commerce and Industry, while moderating the session highlighted that Bank Credit under Emergency Credit Line of Rs 3 Lakh Crores for MSMEs' has been the talk of the town after the fiscal stimulus package. This is has been one of the measures which have impacted the country as well as the MSME sector. Talking about the importance and prospects of the MSME sector, he highlighted that MSME got a lot of relief with the announced by the government. Te speed of implementation and is a matter of satisfaction. He also deliberated about the challenges and opportunities faced by the industry.

Mr. Saurabh Sanyal, Secretary-General, PHD Chamber of Commerce and Industry delivered a formal vote of thanks to all the august delegates and participants.