Priyanka vs PM in Ratlam 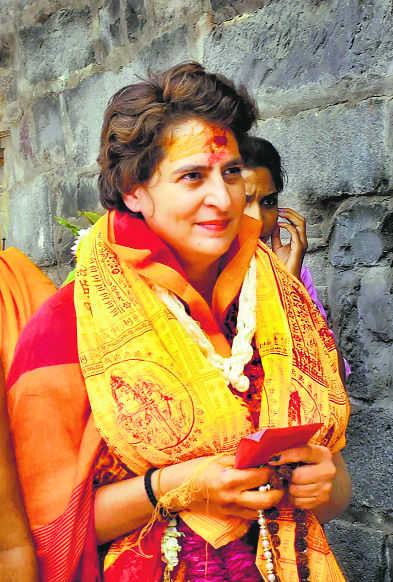 She alleged the “tapasvi” PM ignored the sufferings of farmers, youth, the weak and others sections. “Modi reaches out to you only during rallies. He did not find five minutes in five years to visit the home of a poor person or farmer in his constituency Varanasi.”


The PM in an interview with a leading newspaper had said that his image was not the creation of the “Khan Market gang” (in Delhi), but his 45-year tapasya (hard work). Priyanka alleged that Modi government’s five-year tenure witnessed only “prachar and prasar” and no work.


She told the gathering to question representatives and leaders of their areas and cautioned the people, especially women, not to be influenced by those who made “fake” promises.“You are being used politically. It is you who make politicians. Understand your strength. Your vote is important, don’t waste it,” she urged.


Earlier, Priyanka visited Mahakaleshwar Temple in Ujjain, the fourth member of the Gandhi family to do so.She later held a roadshow in Indore to drum up support for Congress candidate Pankaj Sanghvi.