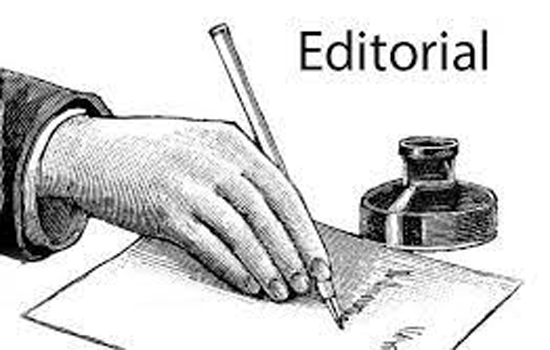 In olden times, there were two farmers, Kishan and Roshan. They were good friends. They had their farms near by too. Their friendship was famous all over in other villages also. But you know, when bad times come, all intelligence is lost. Same thing happened here also. One day Kishan, while sowing seeds in his farm, covered a little area from the farm of Roshan also. Roshan was out then. When he came back, he saw, he tolerated it and kept quiet as for him, friendship was more important. Then, next time, Kishan covered a little more area but Roshan tolerated it and kept quiet this time also. Now, third year again Kishan did the same. Now Roshan had to answer it as water was flowing above the neck. He straight away, went to Kazi of the village for justice and showed his papers of the farm. Kazi called upon Kishan, punished him with not only 50,000 rupees but also asked him to return that much area of land to Roshan back. Kishan had to return the land as well as pay 50,000 rupees to Roshan. Now I want to state, through this example that greed is a vice, a bad trait of the personality but greed always is not bad. There is an other form of greed also. As, a child scores 60% marks in his class and gets first position. He is praised everywhere. Now, he develops a greed to score 10% more that is 70% and next time he scores 70% marks. For future, his greed still increases and he scores 90% marks. Then, finaly he scores hundred percent marks. He gets prizes and medals from the school. He is praised all over in the society also. This type of greed is useful. This is called healthy competition with his own self. This is not only useful but also important to develop virtues and qualities hidden with in a person. So, always one must try to beat his/her own record of the past but never try to compete with others because that may create jealousy in your mind which will finish all your peace of mind. No robbing, no stealing, no competing with others, will bring happiness and peace in your life.