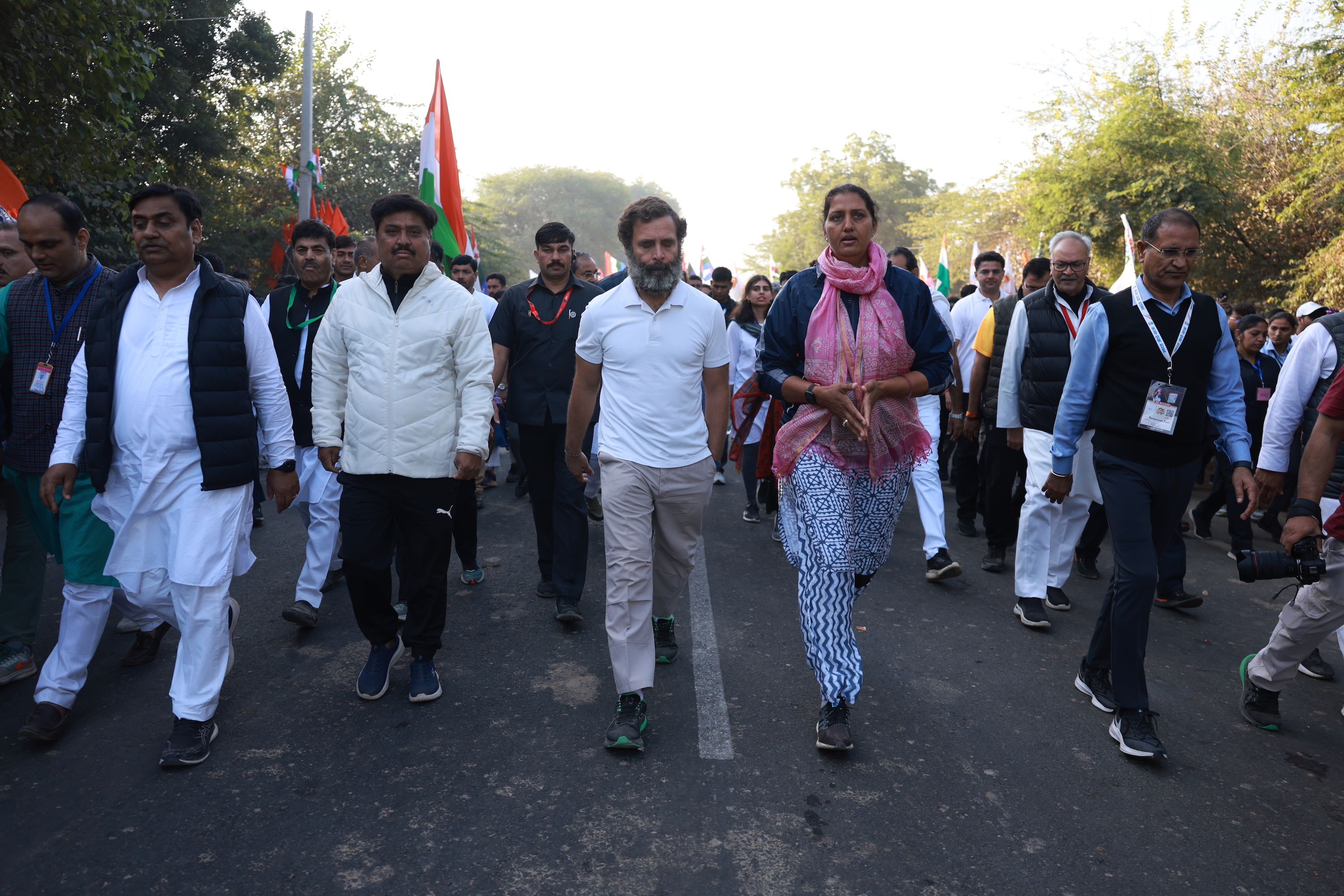 Udaipur | Veteran Congress leader from Vallabhnagar assembly constituency Bhimsingh Chundawat also participated in the Bharat Jodo Yatra of former Congress President Rahul Gandhi going on in Rajasthan and extended support to this yatra.
Chundawat had joined with several youth Congress leaders from the Vallabhnagar region in padayatra with Rahul Gandhi for more than an hour. During this, Gandhi also introduced Chundawat and encouraged the work of motivating the youth in the area. Chundawat shared information about the background of Congress in his constituency and the efforts being made by him to strengthen the organization. When he told about his role in regional development works, constant contact with the youth, and efforts made so far for coordination and organization, Gandhi expressed happiness and called upon him to work with total devotion and enthusiasm.