ON A WINNING NOTE. CLAIMS FUTSAL CHAMPIONSHIP IN JAIPUR 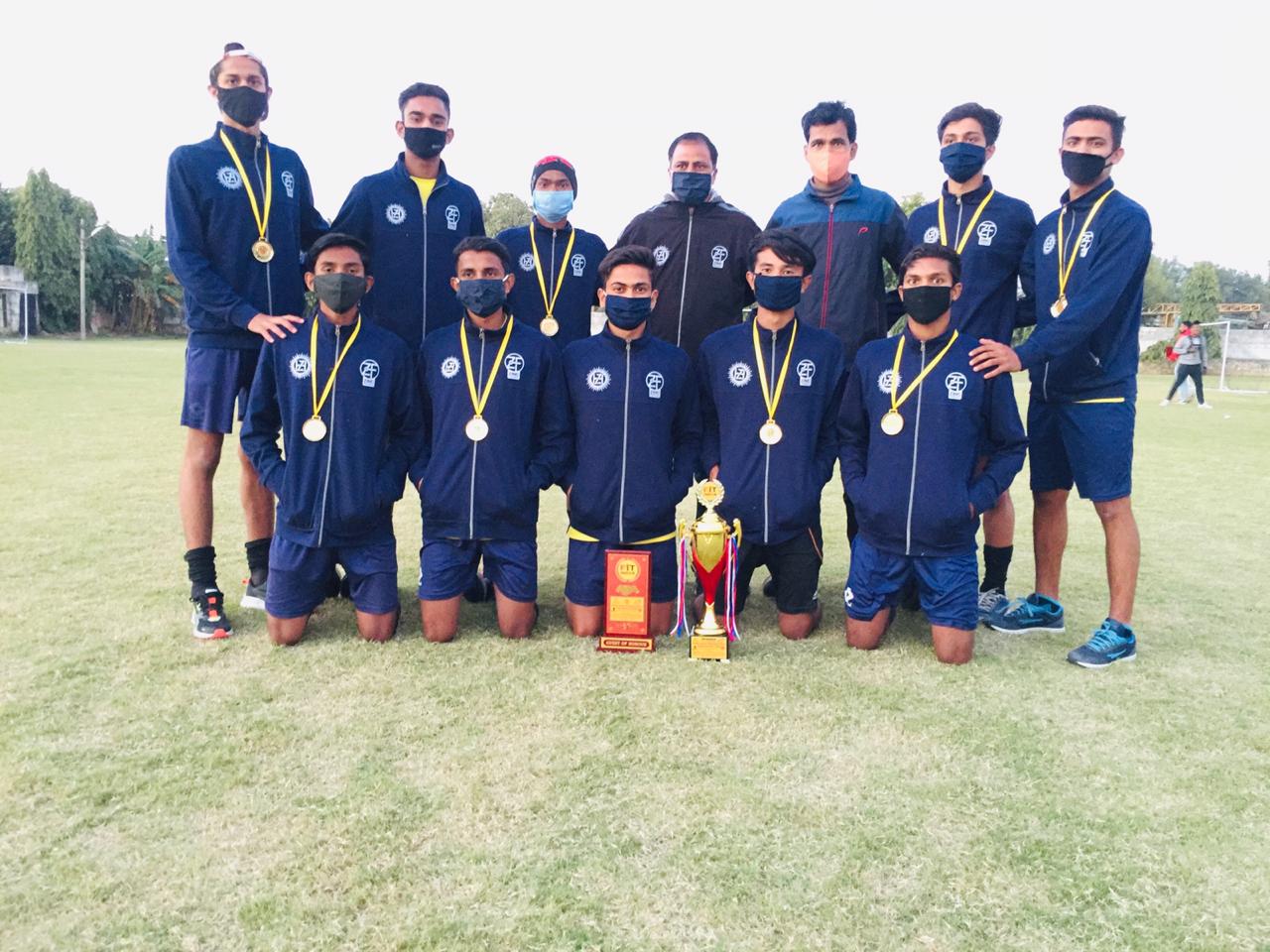 Udaipur : The Under-17 team of Zinc Football Academy won the Under-19 Futsal Championship held in Jaipur this week. Participating in their first competitive tournament after a long time, Zinc Football boys won this two-day competition in the most convincing manner possible, exhibiting the hard work and dedication these budding footballers have put in during a short span of time.

Zinc Football Academy opened their campaign with a thumping 10-0 victory over Uttar Pradesh before grabbing maximum points against Gujarat (5-1) and Telangana (8-0). In the quarter-final, the team defeated Rajasthan 3-0 while their semi-final encounter against Madhya Pradesh ended in a 5-1 victory and book the finale ticket. In the final against Assam, the Zawar boys had to work hard as it had to be decided in the tie-breaker. Zinc Football won the match and the Championship eventually with the final scoreline reading 4-3.

Ashish Mayla top-scored for the Zinc Football team during the tournament with 15 strikes to the back of the net while Mohammed Riyaz emerged as his perfect partner with 8 goals.

Sunil Dutt, Coach, Zinc Football Academy said: “I am proud of my boys for the way they fought for every ball, especially considering this is the first tournament we are participating in after a long time. We are happy to end the year on a high and will look forward to continue this winning momentum in 2021.”

Zinc Football is an initiative of Vedanta Hindustan Zinc to usher in a footballing revolution in Rajasthan. It is a one-of-its-kind grassroots development programme using football as a tool for social and community development and ensuring young kids have a platform to express themselves through football.

About Zinc Football:
Zinc Football, a CSR initiative of Hindustan Zinc Limited, is a one-of-its-kind grassroots football development initiative. At the core of Zinc Football is a full-fledged residential academy at Zawar, Udaipur with world-class facilities and the country’s first-ever ‘technology-hinged football training’ – the unique F-Cube technology. In addition, Zinc Football will also have a massive outreach programme to impart football coaching to over 1200 passionate boys and girls by fully skilled football trainers through 12 community football centres - Zinc Football Schools, across Rajasthan. The initiative aims to contribute to the development of Indian football while leveraging on the power of the worldʼs most loved sport to impact lives and ensure social upliftment of women, children and people.