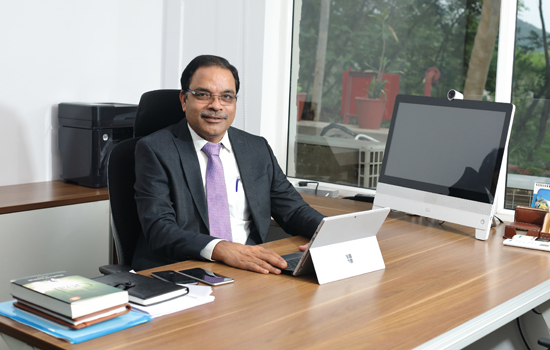 Hindustan Zinc, one of world’s largest and India's only integrated producer of Zinc-Lead and Silver today announced the elevation of Mr. Arun Misra as its Chief Executive Officer. He has been the Deputy CEO in the company since November 2019 and will take the office effective 1st August 2020. He succeeds Mr. Sunil Duggal, who is now leading the Group Company Vedanta Limited as CEO. In his elevated role, Mr. Misra will play an integral role in strategizing business operations and spearheading the company’s expansion.

Speaking on the occasion, Mr. Sunil Duggal- CEO Vedanta Limited said, “I am happy to welcome Arun as the CEO of HZL. I am sure that with his stellar track record, deep strategic expertise and proven experience of driving transformation, he is well placed to lead the company to the next level of growth. I wish him all the very best”.

Commenting on his appointment, Mr. Arun Misra, CEO Designate, Hindustan Zinc, said, “It’s a matter of privilege for me to take on the baton from stalwarts who has been leading this company by example. HZL has a fantastic team of professionals and we will all work together to enhance our footprint as a leading global producer of zinc-lead and silver.”

Mr. Misra brings with him a vast experience of 31 years having held several leadership roles. Prior to joining Hindustan Zinc, Mr. Misra was associated with Tata Steel as Vice President - Raw Materials. He is also the Vice President of Indian Institute of Mineral Engineers and has published several papers in their journal of national repute.

Mr. Misra completed his Bachelor in Electrical Engineering from IIT – Kharagpur with a Diploma in Mining and Beneficiation from New South Wales Sydney, and another diploma in General Management from CEDEP, France.