If you make ‘Modi Sarkar’ (Modi government) then,,, 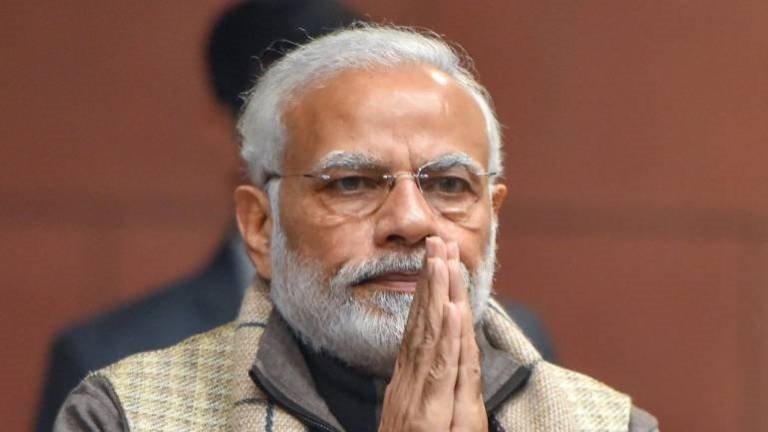 Jaipur: If you make ‘ModiSarkar’ (Modi government) then we will get into action to fulfill your dreams,” said Prime Minister NarendraModi on Monday extending his wishes to those born in the 21st century and those who will vote for the first time in LokSabha elections.

For the second consecutive day on Monday, Modi was in Rajasthan to address two public meetings at Udaipur and Jodhpur. His public meeting in Udaipur was scheduled at 2 pm, but he reached at 5pm.

In his half-an-hour speech, the PM said: “It is possible to run an honest government and with your cooperation and support, this new tradition has been established. If any person does not repay the money to bank, he cannot have sound sleep. If anybody wants to run away then it will be difficult and even if the person manages to run away then he will be brought to India like we brought Michel Mama (uncle) of naamdaar (Rahul Gandhi).”

He said the earlier government used to build pressure on banks to give loan to billionaires through phone banking, but his government gave loan of ₹17 crore without guarantee under Mudra Yojana and 4.25 crore people started their new businesses.

“More than 40 crorelabourers such as maid, cook, rickshaw puller, taxi driver, waiters, vegetable vendors etc will get pension after the age of 60. Did they ever think that they will get pension, a government will come to think about this. We have made this scheme. Not only this, we have planned to give pension to small shopkeepers, farmers and farm labourers ,” he said.

Congress says that Modi should not talk about nationalism, national security terrorism in this election, he said. “Someone else may listen to them (Congress) but not Modi.”

He asked the audience, “You tell, is Modi on right track, moving on right direction, has right intentions, is making right efforts? Modi is attacking on terrorism. Is it right, are you happy. I hit entering the house. How country should be protected should be talked in this election and every election, whether it is Udaipur municipality election or the assembly election. It is LokSabha election and national security is an important issue. Their (Congress) mentality is small that they do not understand about the issue of this big country. Being in power for 60 years, they do not know what are the issues of the country.”

PM said: “If a country’s popularity increases in the world, its direct effect is on tourism. Tourism is directly related with connectivity. An airport in Udaipur, broad gauge line to connect Ahmedabad and six-lane highway and many such projects either have been completed or on the verge of completion.” Modi concluded his speech, saying: “India should have its status in the world, its honour should increase and it should be strong. For a strong country, there is need for a strong chowkidar.”