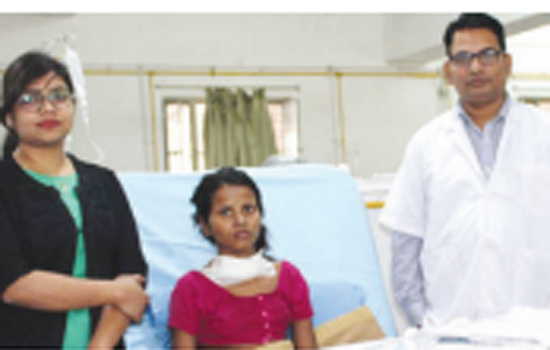 Udaipur: Physicians at the Pacific Institute of Medical Sciences (PIMS), Umrada, have successfully treated a patient's acute neural disease completely free of cost under the Bhamashah Yojana. PIMSChairmanAshishAgarwal saidthat Jamnidevi was brought to PIMS due to weakness of four arms and stomach and difficulty in breathing. The doctors here took her on a ventilator in an emergency in view of her grave condition. After this, the neurologist Dr. RajeshKhoiwalandhis teamtestedthepatientinwhich it was revealed that the patient has a disease called Gillan Barre syndrome (GBS). Due to the high cost of treatment of this disease, the entire treatment of the patient was made free under the Bhamashah Yojana. The patient was kept in ICU for some time, which led to an improvement in his condition, on which he was shifted to the ward. The patient was discharged from the hospital when he was completely healthy