Single use plastic is forbidden now in Shilpgram 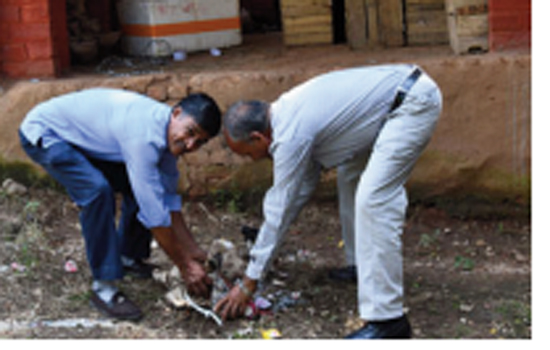 Udaipur: On the occasion of the birthday of Mahatma Gandhi and the 150th birth anniversary of Mahatma Gandhi, the Western Region Cultural Center has taken an initiative to free the rural crafts and arts complex Shilpgram from singleuseplastic.ThiswasannouncedataneventheldinShilpagram. On this occasion, environmental expert Dr. Mahesh Sharma gave a lecture on the side effects of single plastic. A special program was organized on Wednesday morning at theBanjaraTheaterinShilpgram in the sequence of"Plastic Free India" launched by the Government of India on the 150th birth anniversary of Mahatma Gandhi, the Ministry of Culture, Government of India. In which environmental expert Dr. Mahesh Sharma said that complete ban on plastics is not possible, but to stop the use of single use plastics is the biggest requirement today. Single use plastic is causing great harm to the environment. Quoting from England and Ireland, he said that our water purificati o n s y s te m should be made so efficient that we do not need plastic bottles and we can drink water directly from the taps.He said that this campaign started by Gandhi Jayanti by Prime Minister of India,ShriNarendraModi,ismostneededtodayandheappealed for public support especially in the use of single use plastic. Director in-charge of the center Sudhanshu Singh said on the occasion said that the Shilpgram campus is not only Udaipur butanimportanttouristdestinationofthecountry.Specialefforts are being made to free this major center of folk arts from single use plastic. He appealed to visitors to cooperate in making this complex plastic free.On this occasion, the officials and employees of the center collected garbage pouches, plastics, garbage, etc. scattered in the Shilpagram premises under the "Cleanliness Campaign" and put it in the program Manganiyar performers performed two folk songs on the occasion. The program was organized by Durgesh Chandwani.