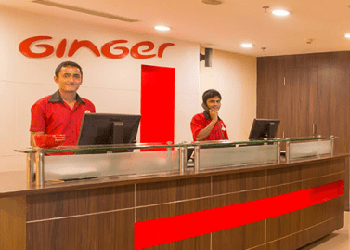 Udaipur: Ginger Hotels is expanding its portfolio in the leisure segment mostly through an asset light model to boost its revenue and return to profitability, moving away from its earlier strategy of focusing on business travelers. In favor of this strategy, the lean luxury hotel brand announces the signing of a new hotel in Udaipur, Rajasthan. This will be the second Ginger hotel in the state after Ginger Jaipur. DeepikaRao, Managing Director and Chief Executive Officer, Ginger said, “We are happy to partner withAlka Group of Hotels for the development of a hotel in the heart of Udaipur city. With the addition of this hotel, Ginger is foraying into one of Rajasthan’s most beautiful cities, Udaipur which has a huge potential for tourism.” The Alka Group was formed by constructing five hotels at Udaipur, one hotel at Chittorgarh and various commercial and residentialprojects.Overtheyears,theAlkaGroupconstructed various commercialbuildings,residentialflatsandWarehouses in Udaipur City and has some of the most reputed banks, insurance companies, education institutes and MNCs as tenants. GingerUdaipurislocatedatashortdistancefromthefamous City Palace and Lake Pichola. The hotel will offer 96 wellappointed rooms, an all-day diner and bar, a banquet hall and fitness centre. The hotel is a fully fitted lease and is slated to open in early 2022.