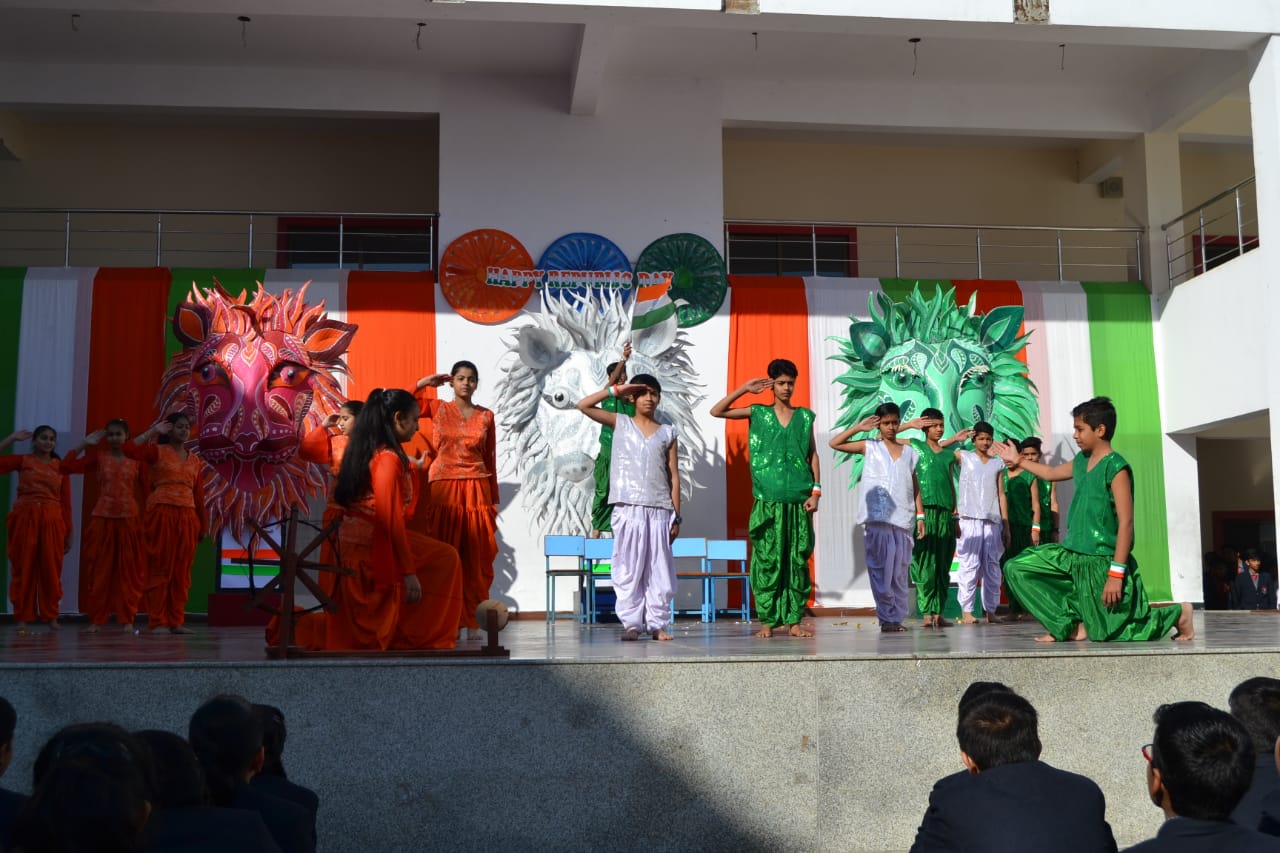 The 71st Republic Day was celebrated in all its solemnity and grandeur at Seedling School on 26th Jan 2020. The day began with the hoisting of the Indian flag by the Director of the school Mr Hardeep Bakshi and Principal Ms. Maken, followed by National Anthem. The students saluted the National flag and pledged themselves to upholding the honor and integrity, diversity and uniqueness that is “India”.


The Republic Day assembly was prepared by Class VIII students under the guidance of Ms.Richa, Ms.Dimple and Dr.Shameem.


The choir presented ‘Preamble of the constitution’ in the form of song and the song reverberated in the surrounding. It was followed by the beautiful dance performance and an enactment. The Cambridge students of Seedling – The World School performed Zumba along with a patriotic dance. They also narrated an English Poem on this occasion emphasizing the advantage of living in a Republican country.


The function was attended by the Swedish students who paid a reciprocated visit to Seedling under the Student Exchange Programme. They enthralled everyone by their Gujarati Dance performance as if assimilated in the Indian culture.


Students through a series of activities took pride in glorifying and celebrating the spirit of unity and brotherhood. The patriotic fervor warmed up the cold winter morning as the teachers and students of Seedling School enthusiastically gathered to celebrate the Republic Day.Principal of the school Ms Maken addressed the gathering and expressed pride in the rich cultural past of the country.

यह खबर निम्न श्रेणियों पर भी है: Udaipur News , Education
Your Comments ! Share Your Openion
More News for You !
- The ball of the hip was broken, an ...
- Stone disease, skin disease homeopa...
- Planted 51 water and 51 granules
- Printing business should move ahead...
- Online card making competition orga...
- UCCI surveyed the lands of Udaipur ...
- Musicians enticing the public with ...
- Role of the Internet in the field o...
- Virtual Marathon "Running for t...
- Biodiversity Day celebrated at Fish...
- The successful operation of a subst...
- The enthusiasm showed in the online...