Consumer is King of MarketNational President 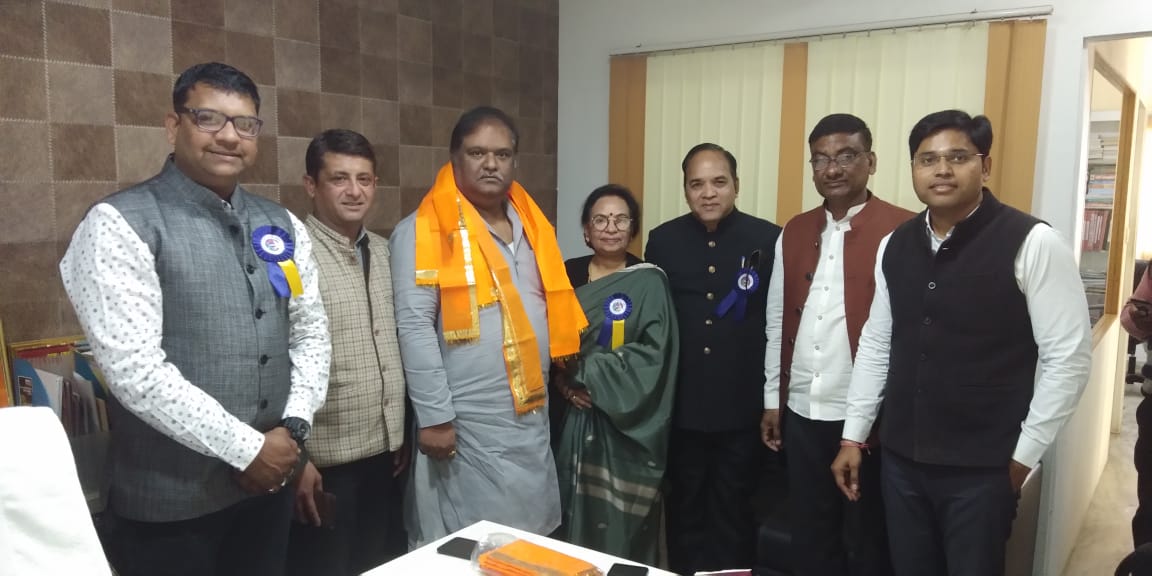 Udaipur(Shrish Mathur): The Consumer Rights Organization Udaipur supported by Aishwarya College of Education jointly organized one day seminar on Consumer Rights & Responsibilities, CPA ,MRP and Consumer Grievanances. The program was governed by Naveen Sharma, National President and Rajshree Gandhi State President, Rajasthan.Addressing the students National President focused on the Rights of Consumer who is king of market and also detailed about the rising trend of E-commerce industry and its positive and negative effects on consumers. Further, he focused on the responsibility of consumer in market to check the expiry date of products before purchase and take bill of every purchase.State President highlighted about upcoming and ongoing CRO activities of Udaipur City and focused on consumer awareness. State Vice President, Dr Mahendra SinghYadav said the main objective of this event is to create awareness how CRO will add value to consumers.Dalpat Singh Jain, Deputy Organization Secretary said that consumer is king without crown due to lack of awareness and responsibility and discussed about Consumer Protection Act. City President, Sunil Surana garland and welcomed all guests and briefed about upcoming activities of CRO, UdaipurCity.StateOrganisingSecretary,ShirishNathMathur also welcomed all dignitaries and supported the event. Meanwhile, Rajesh Ojha City Treasurer presented vote of thanks requested the gathering that consumeris not alone and CRO is always ready to support them.Zonal Chairman Jinendra Gupta discussed about recent consumer cases and shared his views and honored the students for their active participation in event.Principal, Reena Sharma and Rashi Mathur of Aishwarya College of Education also supported the event with students. Other CRO team members including M S Verma Zonal Secretary, Manoj Jain District Vice President, Simran Ghakreja Joint Secretary Women Cell,DeepakAcharya,Vijay JainandHemendraSrimali were alsopresentandtookactiveparticipationinevent.CityWomen Cell President Manisha Jain and Spokesman,Pradeep Rawani coordinatedthewholeprogramsuccessfully.Another short event addressed by National President and State President for CRO team which took place at The Sejour and was managed by Shubham Gandhi,City Youth President in which few guidelines and responsibilities were given to CRO members for further plan of action in coming months and discussed about new events.Hemant Joshi,Legal Advisor CRO shared his views and give few tips related to CRO with respect to Law and order. “There should not be any kind of injustice and malpractice in respect to consumer affairs,” he added.