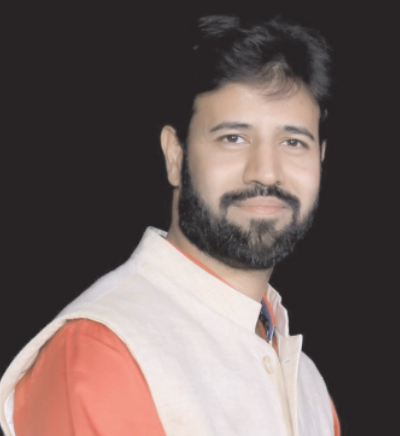 Modest and amiable, HasanAftabPaliwala , IKP Developers who also owns ARVANAH hopping Centre Hathipole, Udaipur was born and brought up in Lake City, Udaipur. He completed his schooling from St. PaulsSenior  Secondary School, Udaipur in 1999 and did his BCA from Aishwarya College, Udaipur in 2004. His M.Sc. in Business Management and Electronic Business was completed from  Hertfordshire University, Northern, London, U.K. in 2006. After studies during his initial 6-8 month stay in Dubai, he worked in an e-business company. He then started his garments business in Dubai in 2007 that is still running.

To serve his own country, Hasan returned to Udaipur in 2012 where his father shriShabbirHussainPaliwala had property business. With his experience of traveling to several countries and looking to the needs of Udaipurites, he started building Arvanah at HathiPole. Hasan says that it has been built with a special purpose. It provides an opportunity for people, especially women, who were working at home to market their products here. Some  shopkeepers in the neighbouring areas have also shifted here. Hasan has represented Udaipur's oldest market with all the facilities which were missing in the area ex: parking, washrooms, good food, indoor market and lot more. Hasan says that Arvanah is not a shopping mall but a shopping centre with all the amenities of a mall, to understand in a better way it is a shopping destination. For the convenience of Udaipurites it is located in the heart of the city.

Arvanah, built without any compromise in quality, was inaugurated by famous Bollywood actor Jacky Shroff, actress Soha Ali Khan and Laxyaraj Singh Mewar on August 26th 2016. It has now over 70 shops, 15 offices, 2 restaurants, fast food brands, kiosks, game zone, spa, hair salon,supermarket etc. On top 2 floors are residential flats. The market is planned to fulfill the requirements and taste of Udaipurites. Hatipole is a tourist spot and ARVANAH serves all the facilities to national and international tourist in support of smart city campaign. Shops here are available at reasonable rent and shopping is affordable. No wonder the location of ARVANAH is good and it has become a destination for shopping. There is a big exhibition hall for conferences/seminars with 300+ person capacity, also a party and banquet hall for 500+ guest and ample parking space with double basements.

Hasan provided 4000 sqft. space for a cafe run by women survivors of acid attack for one year as part of corporate social responsibility.

The roof - top restaurant and residential flats provide a panoramic view of the city.

Going abroad for studies was a turning point in his life as it gave him a broader view of life. During his stay in Dubai also he had rich learning experience as a result of interaction with different types of people.

Fulfilment of his dream of serving people of his city was a matter of satisfaction for him when Arvanah was completed.

Hasan loves to hangout with friends and is a good sketcher. He also likes to play guitar and all sports.

Hasan offers 5 times prayers. Hasan says he owes his success to SyednaSaheb's blessings and considers himself extremely fortunate that the Holy person has visited ARVANAH twice. Hasan respects all religions and represents his community in all aspects.

Hasan is proud of the full support of his wife Fatima who was born and brought up in Dubai. She is a science graduate. His marriage was a turning point in his life as he got a highly talented, intelligent and decent life partner. His happy family comprises two daughters. Insiyah aged 7 years and Amatullah who is 4 years.Hasan considers his father-in-law FakhruddinHitawala his role model and mentor.