Why No Real Opposition to Continuous Hike in Price of Petrol and Diesel ? 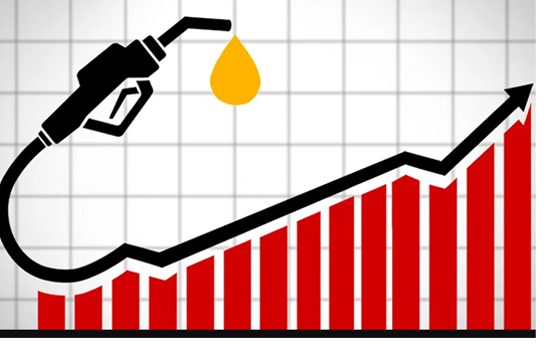 Petrol and Diesel prices were increased on Monday 22nd June 2020 again, the sixteenth straight hike since state-owned oil companies returned to the normal practice of daily reviews following a 12-week pause. While the price of petrol was revised to Rs 79.56 per litre in the national capital from Rs 79.23 per litre the previous day, the diesel rate was increased to Rs 78.85 per litre from Rs 78.27 per litre, according to notifications from state-run Indian Oil Corporation, the country's largest fuel retailer.
On June 7, 2020 oil marketing companies restarted the normal system of daily price reviews in line with costs following an 82-day hiatus. The price of petrol in Delhi had soared to an all-time high of Rs 84 per litre in October 2018.Domestic petrol and diesel are determined broadly by global oil prices and forex prices, and vary from state to state depending on value added tax (VAT).
This is happening when the international market is witnessing an ever low price of crude oil.  Since the beginning of the year 2020, crude oil prices have slumped dramatically. Consumer demand declined following fears of a continued spread of the corona virus pandemic and its impact on the economy, which in turn led to a disagreement between two of the largest oil producers, Russia and Saudi Arabia in early March. As of June 15th, the OPEC basket stood at 35.09 U.S. dollars per barrel, compared to 39.72 U.S. dollars for Brent oil and 37.12 U.S. dollars for WTI oil.
The real reasons behind this hike is the incessant rise in the excise duty on oil by the central government and also rise in VAT by the state governments.  The excise duty was increased by a record ₹10 per litre on petrol and ₹13 per litre on diesel in May this year. The Central government hopes to garner ₹1.6 lakh crore additional revenue with the hike. With this, the total incidence of excise duty on petrol has risen to ₹32.98 per litre and that on diesel to ₹31.83.
All this is happening when the common Indian has lost purchasing power because of lockdown. About ten million workers have been forced out of jobs. The governments have stopped rise in DA and even annual increments. The economy is in shatters. Because of the pandemic for almost three months now the section 144 has been in force in almost entire country and public demonstrations have been banned. Social distancing has crippled democratic rights activism. The opposition has no means to effectively oppose such steps. It seems that in the name of Covid the union government is trying to impose an undeclared emergency and suspension of the democratic rights of the people and people also seem to have got habituated of this kind of slavery.