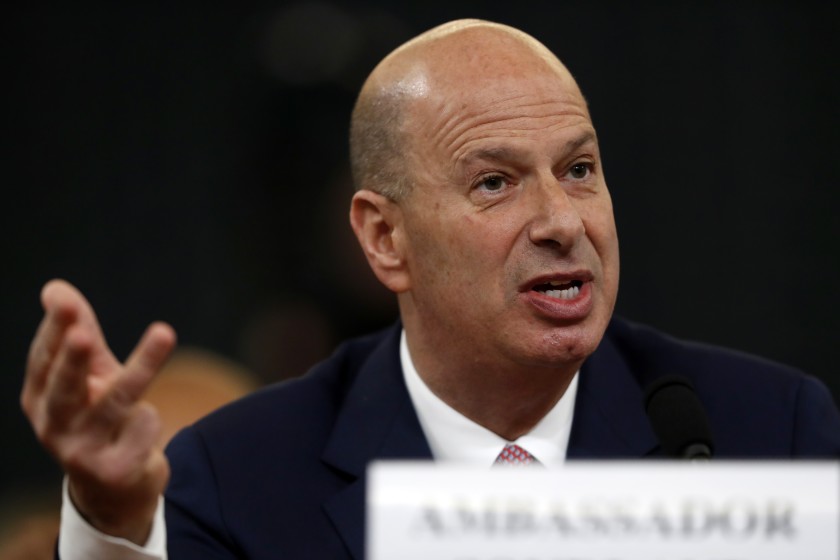 US Ambassador to the EU, Gordon Sondland has told the impeachment inquiry that he followed President Donald Trump's orders to put pressure on Ukraine to investigate his Democratic rival Joe Biden. Ambassador Sondland said the instruction came from the President's personal lawyer Rudy Giuliani. The inquiry is assessing if Donald Trump withheld military aid to Ukraine as a precondition. He denies any wrongdoing.

Gordon Sondland confirmed that President Trump had sought an investigation in exchange for a White House visit for Ukraine's leader Volodymyr Zelensky. However, Sondland said he had never directly heard from the President that military aid would be released in exchange for such a probe.

If found guilty in a majority vote in the House, Mr Trump will face an impeachment trial in the Senate. But two-thirds of members of that Republican-controlled chamber would then need to vote for Mr Trump to be removed from office.