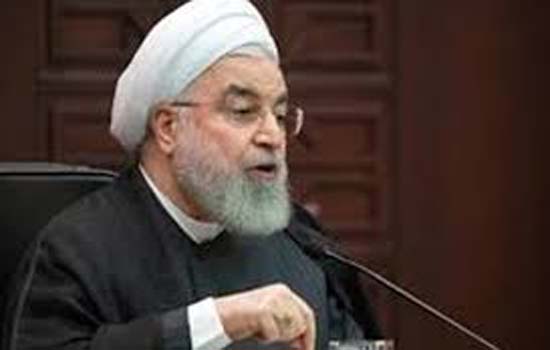 Iranian PresidentHassan Rouhani today denounced the presence of foreign forces in the Gulf andsaid that Tehran will present a peace plan to the United Nations, afterarch-foe the United States ordered reinforcements to the tinderbox region.Ina televised speech at an annual military parade in Tehran, he said, foreignforces can cause problems and insecurity for the Iranian people and the region.He said, in this sensitive and important historical moment, we announce to ourneighbours that we extend the hand of friendship and brotherhood to them. MrRouhani also called on the foreign powers in the Gulf region to stay away. TheIranian President is expected to travel to New York tomorrow, a day beforegeneral debate kicks off at the United Nations General Assembly. Tensions have flared in the Gulf sinceMay, when Iran began reducing its commitments to the nuclear deal and the USsaid it was sending forces to waters near the Islamic Republic in response toindications of a credible threat from its forces.