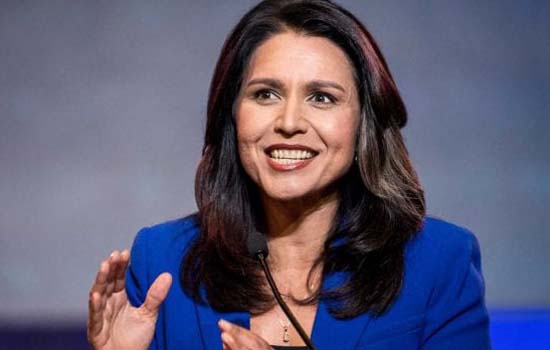 Democratic Presidential aspirant and Member of the United States Congress, Tulsi Gabbard has said that Howdy Modi event is bringing together Indian-Americans from across the US.

Extending her warm welcome to Prime Minister Narendra Modi for his upcoming US visit beginning today, Ms Gabbard said, India is the world's oldest and largest democracy and one of the most important allies of the United States.

Ms Gabarrd said, the United States and India must work closely together to address the pressing issues that impact both the nations and the entire world such as combating climate change, preventing nuclear war and nuclear proliferation and improving the economic well-being of the people.

Ms Gabbard said, US and India have a strong and lasting partnership which is based on shared values and objectives. She called upon for usher in the 21st century of aloha-respect and love for others, no matter the race, religion, ethnicity, caste, economic status or political affiliations.

The fourth-term lawmaker Gabbard was part of a select group of Members of Congress to greet and escort Mr Modi to the podium when he addressed a Joint Session of Congress in June 2016.