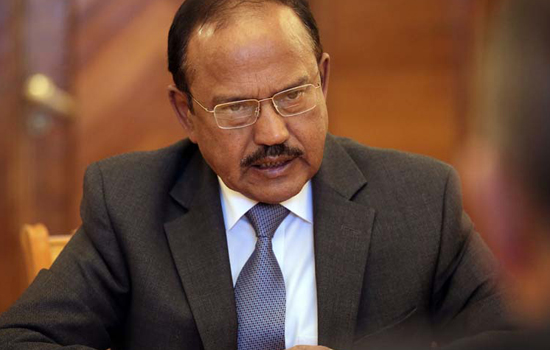 National Security Advisor Ajit Doval has said, Pakistan sponsored terrorists are making all efforts to prevent the restoration of normalcy in Jammu & Kashmir. In a scathing attack on Pak sponsored terrorism, Mr. Doval said, efforts made by Pakistan to create turmoil in Jammu & Kashmir reflect its desperation. He said they have been thoroughly exposed and lost face in front of those whom they sold false dreams.

Interacting with media yesterday, he reiterated that amendment in the constitution is an internal matter of India and majority of Kashmiris support the abrogation of Article 370, which was a special discrimination, not a special status.

Talking about the measures taken for the restoration of normalcy in Jammu & Kashmir, Mr. Doval said, restrictions have been eased progressively. He said, more than 92 percent of the geographical area of Jammu & Kashmir is now without restrictions. He informed that only ten out of the 199 police districts in the region still have prohibitory orders. He said landline telephones and mobile services have been restored fully in Jammu & Ladakh region. The NSA said, more than 4 lakh patients have visited Hospital's OPD and eleven thousand surgeries have been done since the abrogation of Article 370.

On the issue of the detention of political leaders in J&K, he said that everything is done according to the framework of law and they can challenge their detention in Court. Mr. Doval told that they are in preventive detention. Also, there could have been problems in maintaining law and order in case there were gatherings. Since terrorists would have used the situation to foment trouble.