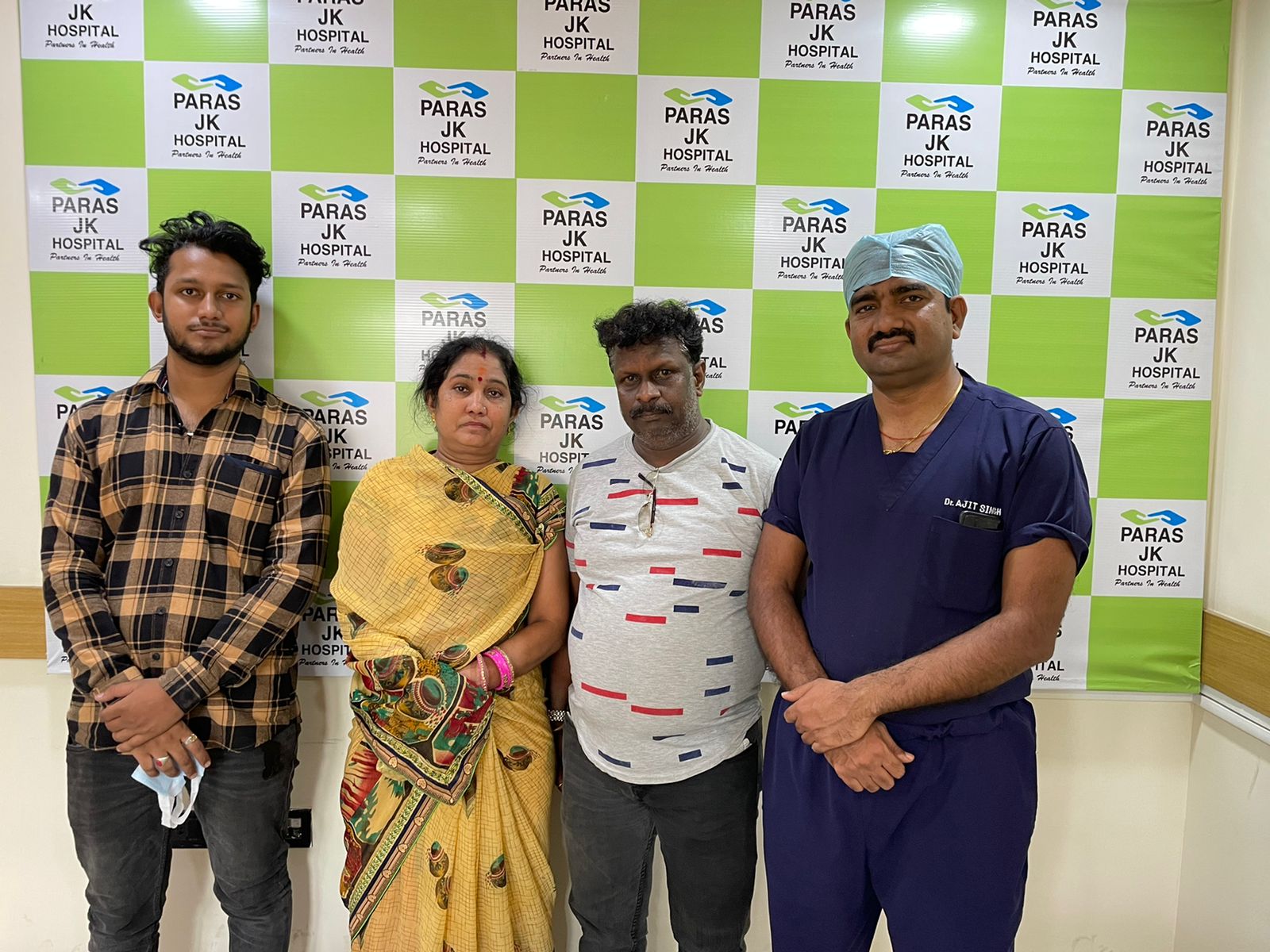 Udaipur. Another achievement has been achieved by the Neurosurgery team of Paras JK Hospital, Udaipur. A group of surgeons from the hospital, led by Dr. Ajit Singh, Senior Consultant Neuro and Spine Surgeon, recently successfully operated on a 41-year-old patient for a rare cervical Tarlov cyst. Aruna Rajput, 41, a resident of Udaipur, has been suffering from numbness in her extremities and difficulty walking for the last 4-5 months. Due to this, she came to Paras JK Hospital for consultation and examination. The patient's history showed an MRI in which the cyst was diagnosed. A Cervical Tarlov cyst is a rare disease, given which the doctor advised the patient to have an operation.
Dr. Ajit Singh, Senior Consultant Neuro and Spine Surgeon, Paras JK Hospital, said that, due to the cyst, the spinal cord along with the vein was also pressing, due to which the patient was feeling numbness and difficulty in walking. Tarlov cysts* are found mainly in the lower part of the spine and rarely in the cervical region. Symptoms that cause discomfort are also rare. Chronic pain is joint with Tarlov cysts. Cyst pain can affect the lower back, significantly below the waist, and spread to the legs. Sitting or standing can increase pain in some people while lying down can relieve the pain. The pain can also affect the upper back, neck, arms, and hands if the cysts are located in the upper part of the spine. Tarlov cysts affect the nerves causing weakness and numbness in the legs. According to the available reports of Tarlov cysts, only five such cases have been reported worldwide. The successful Rare Cervical Tarlov Cyst Operation at Paras JK Hospital will be sent to be published in International Journal to raise awareness among people across the world.