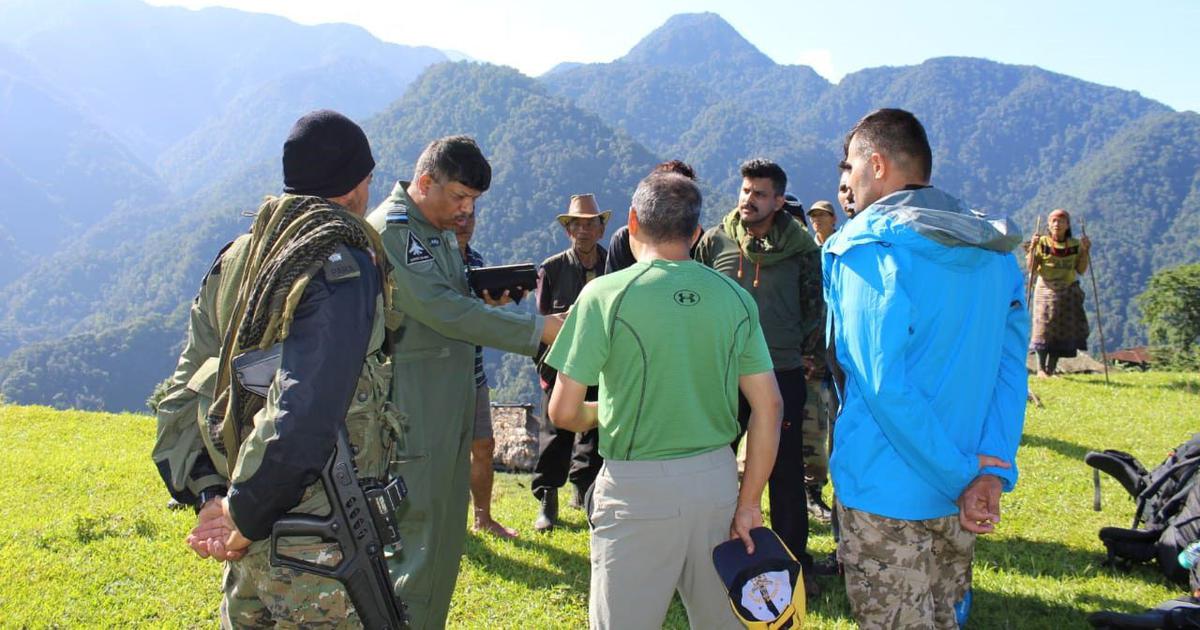 The transporter aircraft that had 13 people on board went missing 33 minutes after taking off from Jorhat in Assam on June 3.

Rescue personnel on Wednesday discussing their action plan to reach the site in Arunachal Pradesh's Shim Yomi district where an Indian Air Force plane crashed last week. They arrived at the crash site on Thursday but did not find survivors. |

The Indian Air Force on Thursday said an eight-member team of rescuers did not find survivors at the site in Arunachal Pradesh where its AN-32 transporter aircraft, carrying 13 people, crashed on June 3.

“IAF pays tribute to the brave air-warriors who lost their life during the AN-32 crash on June 3, and stands by with the families of the victims,” the Air Force tweeted. “May their soul rest in peace.” According to ANI, the families of the 13 people who were on board the plane have been informed that there are no survivors.