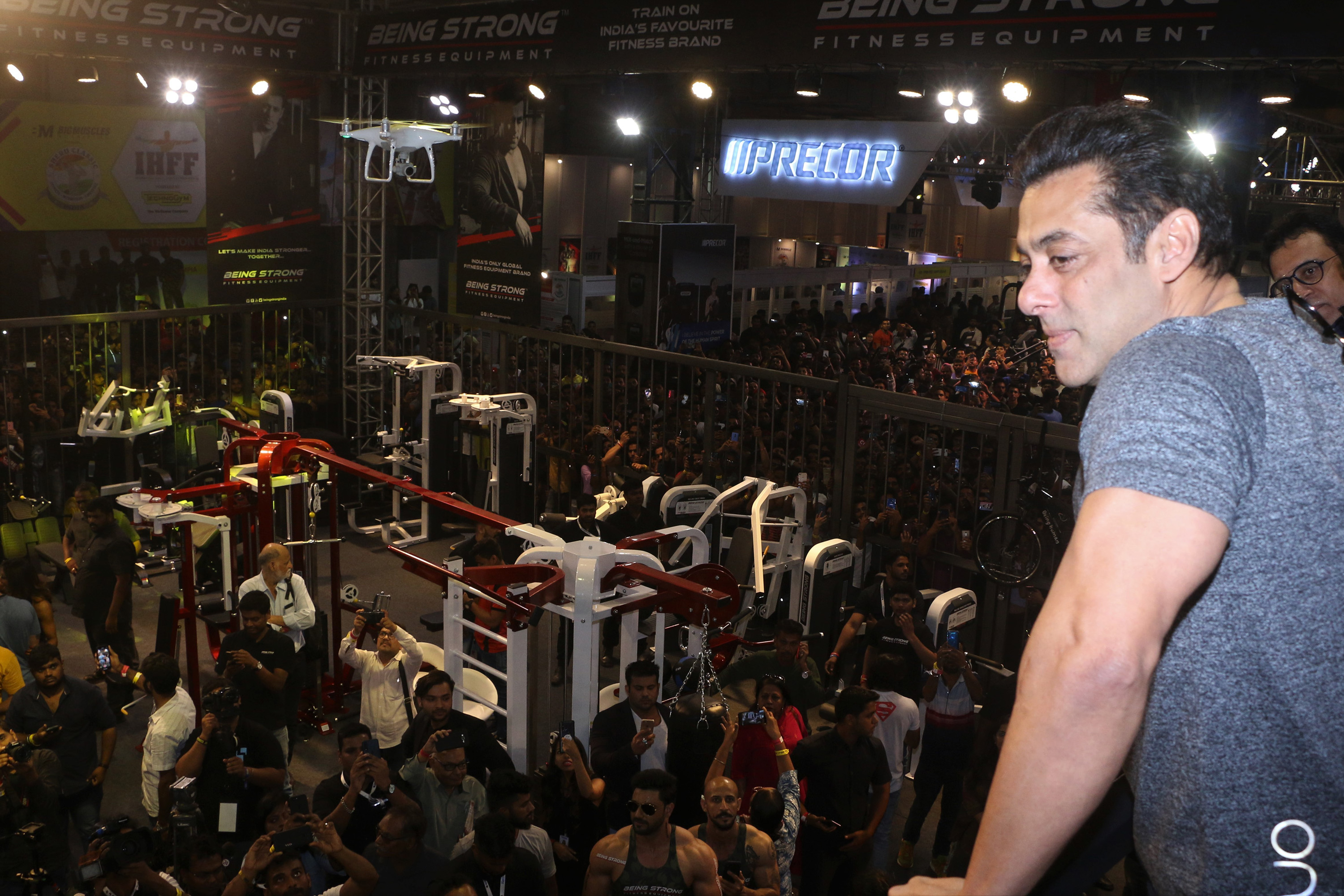 
After the successful launch of Being Strong Equipment, and supplying to over five hundred gyms within a span of a few months, superstar Salman Khan’s equipment brand name manufactured by India largest Fitness Equipment company, Jerai Fitness Pvt. Ltd., the company will be showcasing all the fitness equipment at an exhibition that will be held in Mumbai from November 15 to 17 at the NEC ground, Goregaon (East). A special Being Strong Cage has been built that will display all types of fitness and workout equipment including the next generation eco-treadmill that works without electricity and many new state-of-the-art equipment. Rajesh Rai of Jerai Fitness informs, “We will be displaying about hundred equipment that have been designed and conceptualised by Salman Khan. The main aim of Being Strong Fitness is to take the ‘Fit India’ movement forward and make sure that our fitness equipment reaches all small towns and villages in India. And we are working on providing equipment to one gym every month free of cost in villages that have produced highest number of sports achievers in Olympics & Asian Games.” Rai further added, “We are making equipment affordable to every gym trainer so that they can become entrepreneurs and set up their own facility centres.”


Apart from displaying Being Strong Fitness equipment, Salman Khan will also give an award to a member from Team Being Strong who recently won the title of Bodybuilding Mr. World. He will encourage & motivate millions of his fans about how to execute the Dabangg workout. Being strong has also organized a StrongMan & StrongWoman competition at the expo, and the champion will be given a Being human E-Cycle. Also, autographed goodies of Being Strong will be given away by the Superstar. Other celebrities from the film and television industry will also be visiting the Being Strong Cage to take up the challenge during the three-day exhibition. Besides Salman Khan, actor-director Sohail Khan, Aayush Sharma, Daisy Shah, Amit Sadh and some television personalities will visit the exhibition.