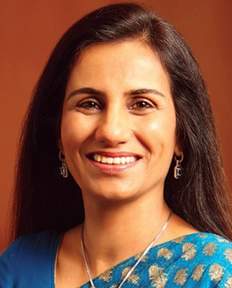 Former ICICI Bank CEO Chanda Kochhar and her husband Deepak Kochhar again appeared before the Enforcement Directorate here on Tuesday in an alleged bank loan fraud and money laundering case against them.

The couple arrived at the Enforcement Directorate headquarters in Khan Market here around their scheduled appearance time of 11.30 am, official sources said.

While it was not immediately known as to what was the ED’s line of questioning on Monday, sources said the two were questioned about their personal and official dealings with the Videocon group.

The Kochhars were supposed to depose before the agency earlier this month but they had then sought an extension of time and were allowed, they said.

Chanda Kochhar’s brother-in-law and Deepak’s brother, Rajiv Kochhar, has also been grilled by the ED multiple times in the case a few days ago here.

Rajiv Kochhar has been questioned by the CBI in the same case in the past as well.