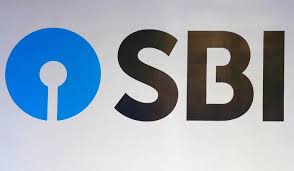 Country's largest lender State Bank of India (SBI) has announced a reduction in its MCLR or marginal cost of funding-based lending rates by 10-15 basis points across tenors, and a cut in its fixed deposit interest rates. Making it the second reduction in a month and the tenth cut in the current fiscal year, the public sector bank has reduced retail term deposits (less than Rs 2 crore) by 10 to 50 basis points for a few tenors. The bank said the new rates for home loans and fixed deposits will take effect from March 10.

In a press release yesterday the SBI said, with the latest revision, the one-year MCLR comes down to 7.75 percent from 7.85 percent with effect from March 10, 2020. Consequently, EMIs on eligible home loan accounts (linked to MCLR) will come down by around 7 rupees per 1 lakh on a 30-year loan, the release said. It also said that EMIs on car loans will also be reduced by Rs. 5.00 per 1 lakh on a seven-year loan. SBI also lowered its fixed deposit (FD) rates by 10-50 basis points citing adequate liquidity in the system. The country's largest bank by assets said it had reduced the interest rates applicable to retail term deposit (fixed deposit) by 10 bps for maturities of one year and above, and by 50 bps for those up to 45 days. SBI also reduced bulk FD rates by 15 bps for deposits with tenors of 180 days and above.