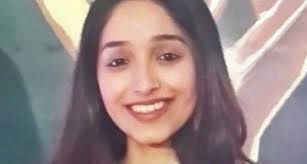 In Mumbai, Roshni Kapoor, daughter of Yes Bank founder Rana Kapoor, was stopped at the airport last evening before boarding a flight to London amid a corruption investigation into the massive crisis that has hit India's fifth largest private lender.

The action came following a lookout notice issued against her and other family members of Rana Kapoor who was sent to the Enforcement Directorate's (ED) custody till March 11 by a Mumbai court yesterday.

The agency which investigates financial crimes arrested Rana Kapoor on charges of money laundering earlier in the day after hours of interrogation and searches at his and his daughters' residences in Delhi and Mumbai.

In the court, the Enforcement Directorate lawyer alleged that Yes Bank had bought debentures worth 3,700 crore rupees of Dewan Housing and Finance Ltd, which had granted a 600-crore rupee loan to a company called Doit, owned by Rana Kapoor's three daughters Roshni Kapoor, Rakhee Kapoor Tandon and Radha Kapoor.