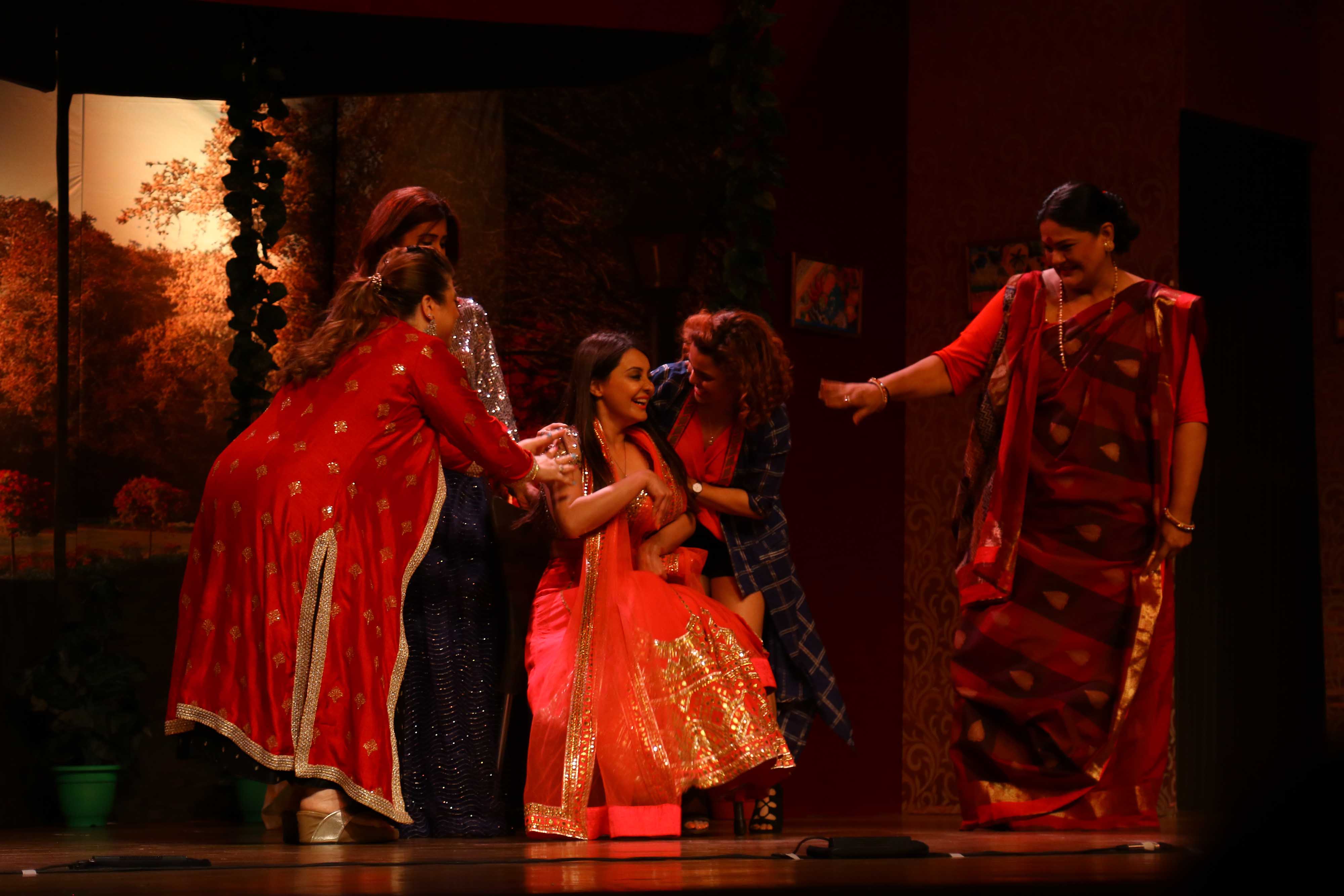 Felicity Theatre's Hello Zindagi play was staged at the NCPA, TATA Theatre in Mumbai recently and the much awaited play was a grand success.  Veteran Director, Raman Kumar directed this play, penned by the debutant playwright Smita Bansal and it featured Minissha Lamba, Delnaaz Irani, Kishwer Merchant, Guddi Maruti and Chitrashi Rawat. The audience was mesmerized by the witty dialogues, the power packed and realistic performances by the actors.

This is yet another feather in his cap of the versatile Director Raman Kumar who has been an acclaimed veteran Film, Television & Theatre Director. Smita Bansal's writing also weaved its charm on the audience. This brilliantly crafted theatrical revolves around the lives of five women of different backgrounds and characteristics who are staying together in a posh flat in Mumbai. This power pact team of 5 vivacious film and television actresses has cohesively delivered a spirited performance. The unparalleled performance of these strong, sharp and witty women leads you on an unforgettable journey filled with intrigue, comedy, confusion and passionate tides.  The theatre was jam packed and the crowd responded with thundering applause after several commendable moments in this play which had a perfect concoction of melancholy and humour at the right junctures.