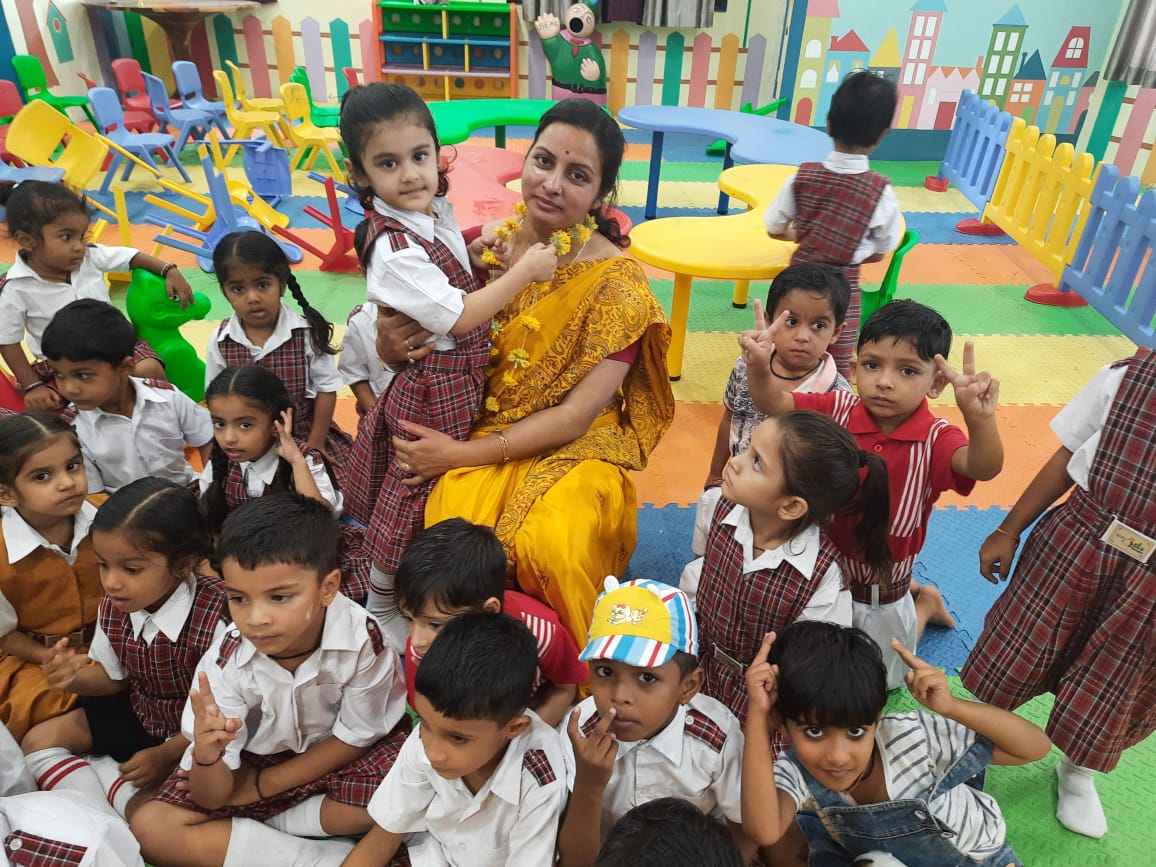 Udaipur. Guru is everlasting; the one who removes the darkness of ignorance is called Guru. A guru spreads the light of knowledge. The Guru is the one who sows the seeds of sanskaras in the student's life. The Guru is the gardener who knows his garden well, knows how to decorate the flowers of his garden, beautify it and shower it with affection. On the occasion of Guru Poornima in Vyas Auditorium of Alok Sansthan, Sector-11, Dr. Pradeep Kumawat, while giving the message of Guru Vani, told all the students.
He said that the four Vedas were composed by Vyasa; hence one of them is also named Ved Vyas. Guru Poornima is also known by the name Vyasa Poornima in his honor.
Dr. Kumawat gave the example of Lord Dattatreya and King Yadu and said that once King Yadu asked Dattatreya the name of his Guru, Lord Dattatreya said: "The soul is my Guru. However, I took education by considering twenty-four persons as gurus." He said that among my twenty-four gurus, earth, water, air, fire, sky, sun, moon, sea, dragon, kaput, moth, fish, deer, elephant, bee, honey-eater, Kurar bird, virgin girl, Snake, child, Pingala prostitute, arrow maker, spider, beetle are an insect.
On the occasion of Guru Poornima, all the branches of Alok Sansthan, Alok Hiran Magri, Fatehpura, Panchavati, the Director of Alok Sansthan, Dr. Pradeep Kumawat were washed, and all the teachers and teachers were worshiped by worshiping the Guru.
On this occasion, dance performances were given by the students of class 12th, primary school, middle school, and Smart Kids Planet. The welcome address was provided by Shashank Tank, the principal of Alok Hiran Magri.
On this occasion, students of all the branches of the Institute greeted their class teacher with Uparna, garland, and coconut by putting a bouquet of Asapallav outside their classroom, making Rangoli.