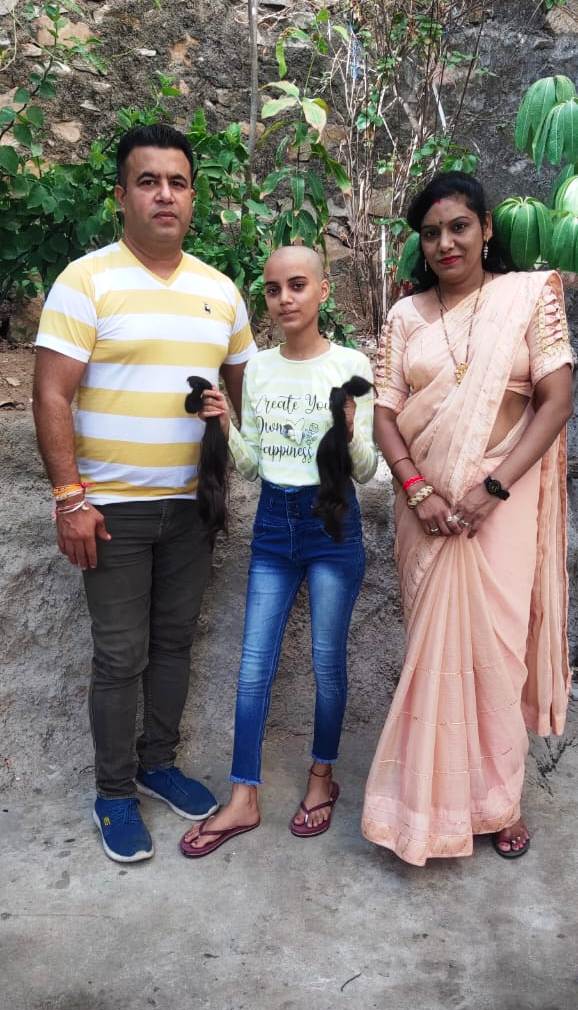 Udaipur: For the benefit of suffering humanity, not only elders but youth and children have also started coming forward. A similar case has been seen in Banswara, where a 13-year-old girl has donated her hair to help people with cancer.
According to the information received, Kanishka, the 13-year-old daughter of Manoj Wagadia of Banswara, has done this virtuous work, setting a unique example of service and virtue. On the third death anniversary of her maternal uncle Parmeshwar Parmar, Kanishka has inspired the younger generation by setting an example of humanity by donating her hair to people living with cancer
. Kanishka has donated her hair to Sapna Foundation. Kanishka said that she considers herself lucky while donate her hair to people living with cancer in the memory of her maternal uncle. Mata Asha Vagadia, Varsha Mehta, Hemant Pandit, Mamta Parmar, etc., were present.