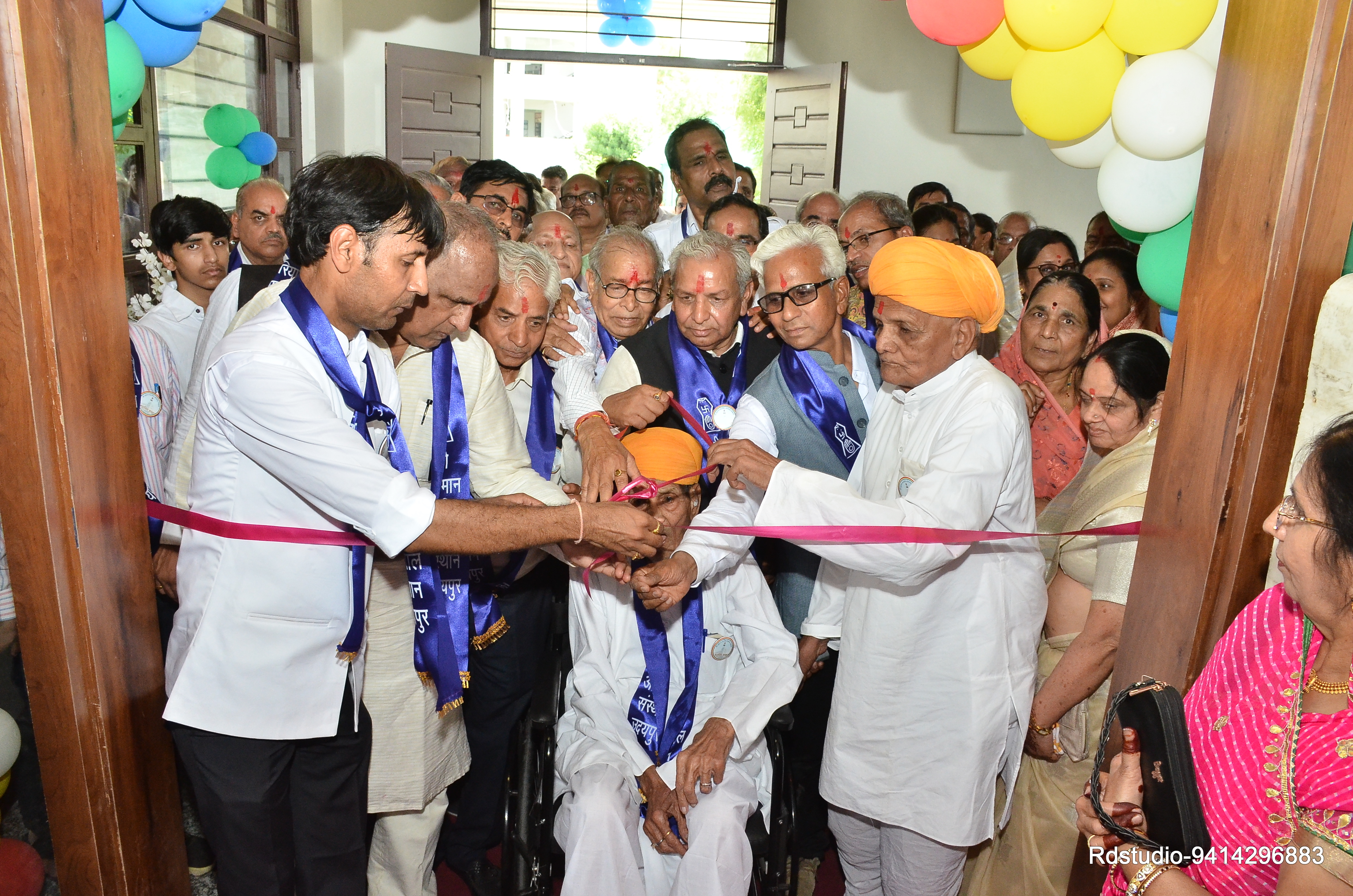 Udaipur: The inauguration of the fully equipped air-conditioned newly constructed "Madaria Bhavan" in Chitrakoot Nagar by Shri Varddhaman Madaria Oswal Sansthan Udaipur was completed today by the lotus blessings of famous social worker Dharamchand Derasaria.
The institute released Contact Sheet-2022. This air-conditioned building has 15 rooms, two big kitchens of five thousand and three and a half thousand feet, and a three-story building. They are giving all the information about which Ghevarchand Jain said that 110 members of the organization in Udaipur live in 29 villages.
The program was presided over by Kundan Bhatevara, and Chief Guest Gehri Lal Kothari and Pukhraj of Mumbai were present. The program was specially addressed by the All India Pracharak of Rashtriya Swayamsevak Sangh, Hastimal Hiran. Patron of the institute Dhulchand Pokharna, President Babulal Gandhi, Vice President Balchand Ganna, Treasurer Ladulal Mandot, Ahmedabad's social worker Mithalal Pitalia, etc. were present.
In the end, the Minister of the Institute, Arun Mandot, thanked everyone. Rajendra Derasaria thanked all the dignitaries and their colleagues for making the program successful.