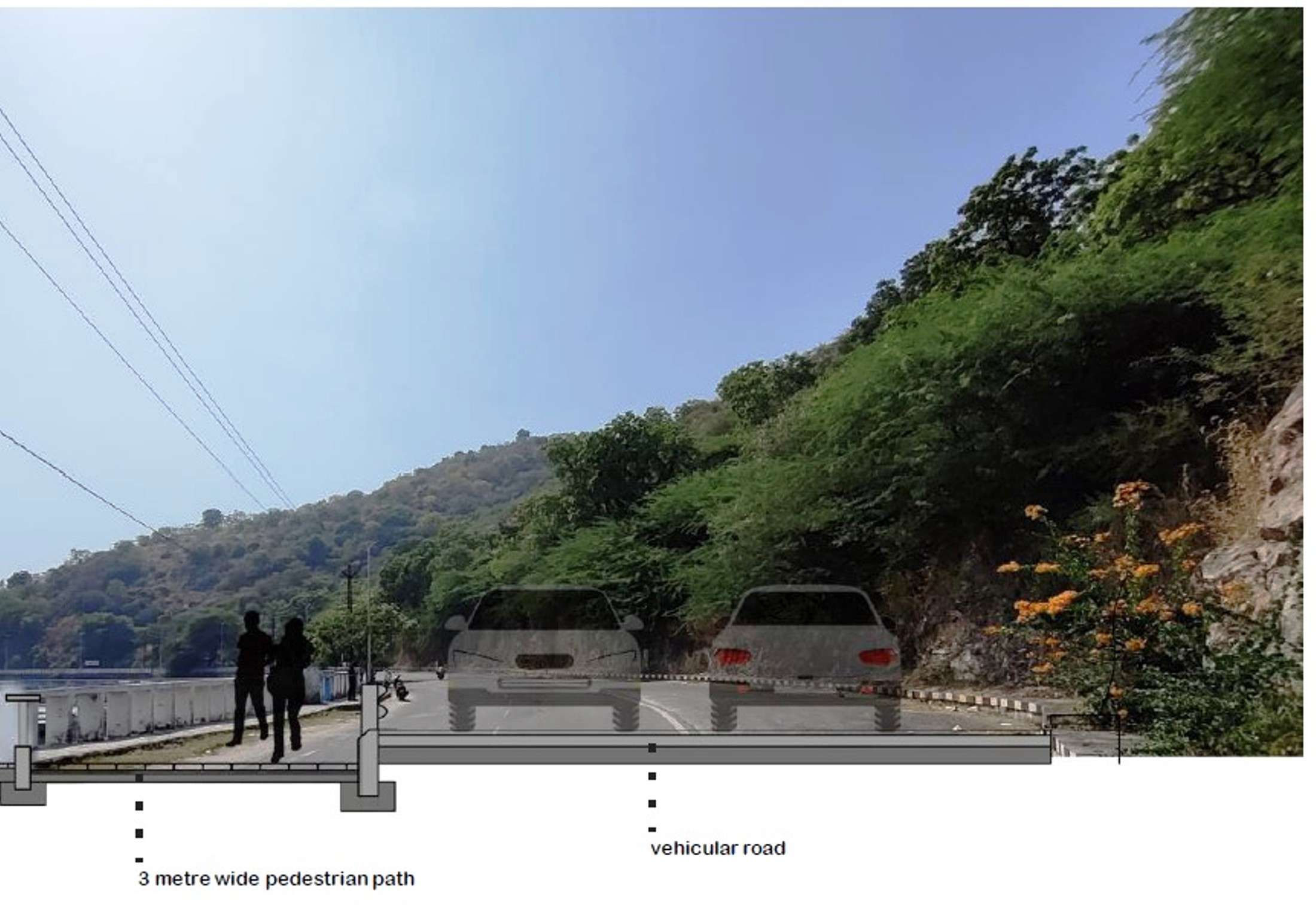 Udaipur, Chief Minister's Budget Announcement "Works for renovation and beautification of Nehru Park, Rani-Road located in Fatehsagar" are being done for the convenience and attraction of the tourists. The state government has issued approval of Rs 12 crore to develop Rani Road as a model.

UIT President and District Collector Tarachand Meena informed that DPR  was prepared by the Indian Institute of Architects, Udaipur sub-division, as a pilot stretch by the Urban Development Trust, Udaipur, to develop Rani Road located in the Fatahsagar Lake peripheral as a model road. The work was prepared by the team of the local architects of the center so that the result could be proposed according to the convenience of the general public of Udaipur and the tourists visiting Udaipur throughout the year.

UIT Secretary Balmukund Asawa informed that the team of Architeh prepared a detailed proposal with drawing and design as a pilot project the length of about 150 meters, under which the local citizens and tourists would be able to walk uninterruptedly with the support of the Cement Cockerite Pavement, the lake. Pathway to walk with cobblestone flooring, seating arrangement at identified places with the help of proposed way, green retaining wall to prevent soil collapse from hills at some places near Rani Road, line plaster on banshis and parking as per the chance situation. Along with this, works of lighting and utility ducting have been proposed on the other side of the lake with the support of hills. The result of the pilot stretch has been approved at the trust level, and work order has been issued, and work has been started on the spot.

He said that including this proposal, in the general meeting of the Trust held on March 24 for the remaining 4.5 km length of Rani Road; the matter was sent to the State Government for competent administrative and financial approval of Rs 12 crore including the recommendation of the Trust. . Administrative and financial approval of Rs the state government has given 12 crores to develop Rani Road as a model road. After getting the support from the state government, now after the technical approval of the work by the Urban Development Trust, Udaipur, tender action will be taken soon.