"Stage of Stories in Natya Sandhya" 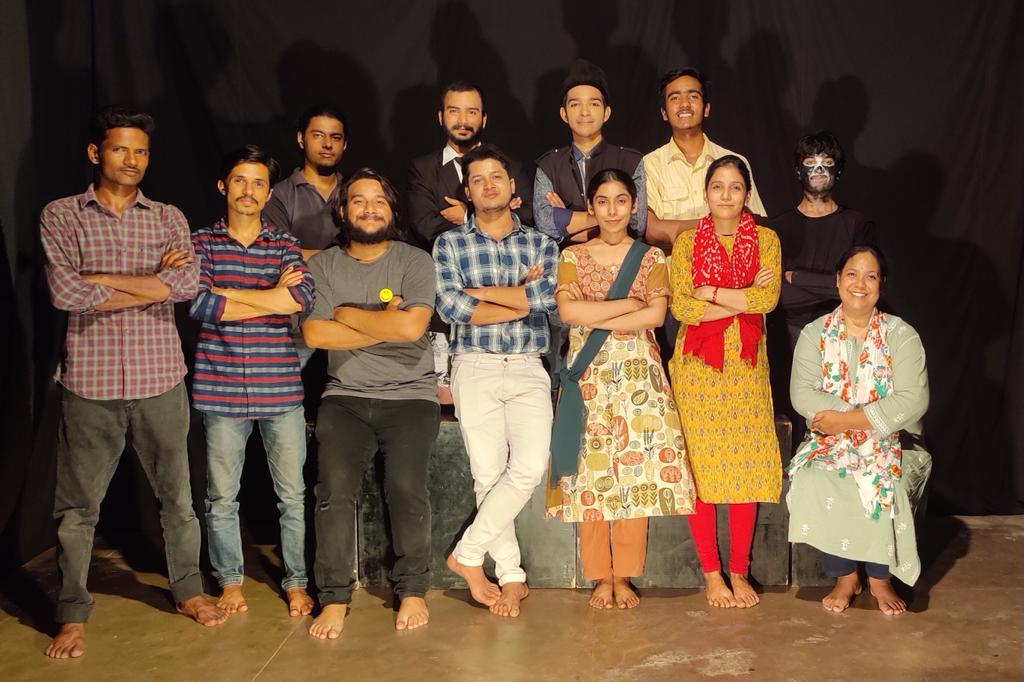 Udaipur. Natya Sandhya was organized on Sunday evening at Maharashtra Bhawan by the Natyansh Society of Dramatic and Performing Arts, Udaipur.

Convenor Mohammad Rizwan Mansoori told that in this Natya Sandhya, the stories were written by the artists of Creative Drama Classes on different subjects based on different Rasas described in Natyashastra, respectively 'Barabara' by Bhuvan Jain, 'Intezaar' by Deepak Joshi, 'by Yashshakdwipi' Table-Chair,' 'Bahar' by Mahavir Sharma, 'Desi-English' by Urvashi Kanwarani and 'Kara - a mysterious animal' by Mukul Khanda were staged. The writers themselves showed this through stage solo acting.

Before the presentation of these stories, the 11 Natyaangas mentioned in the Natyashastra were explained, and keeping in mind the Rasa principle, tried to make contemporary use of it from today's time. It helps to understand life and tells the importance of traditions and values ​​passed down from generation to generation. In these stories, the image of different situations in society was presented on the stage by the mono-acting.

The staging of all these stories was directed by Ashfaq Noor Khan Pathan and was guided by Rekha Sisodia and Amit Shrimali. Presentation Parakh Theater Workshop "Taraash-2022" will be organized from 21st May to 12th June 2022, in which candidates above ten years can now participate; at the end of the workshop, the participants will prepare and present the play, and all the participant's Certificates will be distributed.