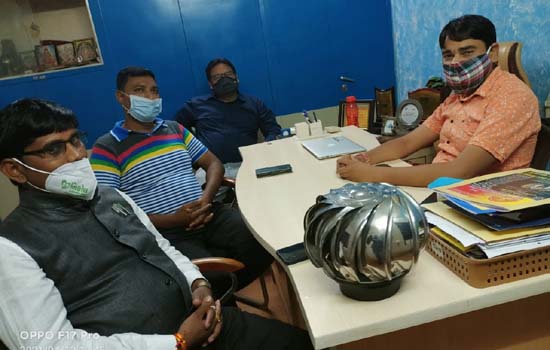 Udaipur: Mukesh Sagar, Secretary of, Film Industry and Trade Association, Rajasthan, said that Gyanendra Vishwakarma, national president of All Media Council, discussed the film festival with Praveen Suthar, chairman of Film Industry and Trade Association, Rajasthan. He informed that the International Film Festival Awards are being organized for all the emerging artists who are making success in the film industry with their hard work and talent. The ceremony will be held on May 23, 2021, in Gandhinagar, Gujarat. Artists can claim nominations for the award, for which the mail id is kamarihindidaily@gmail.com. Young entrepreneur Praveen Suthar of Udaipur will attend the award ceremony as a special guest. Suthar said that Rajasthan has many talented artists. He will encourage all Rajasthani artists to participate in the award.