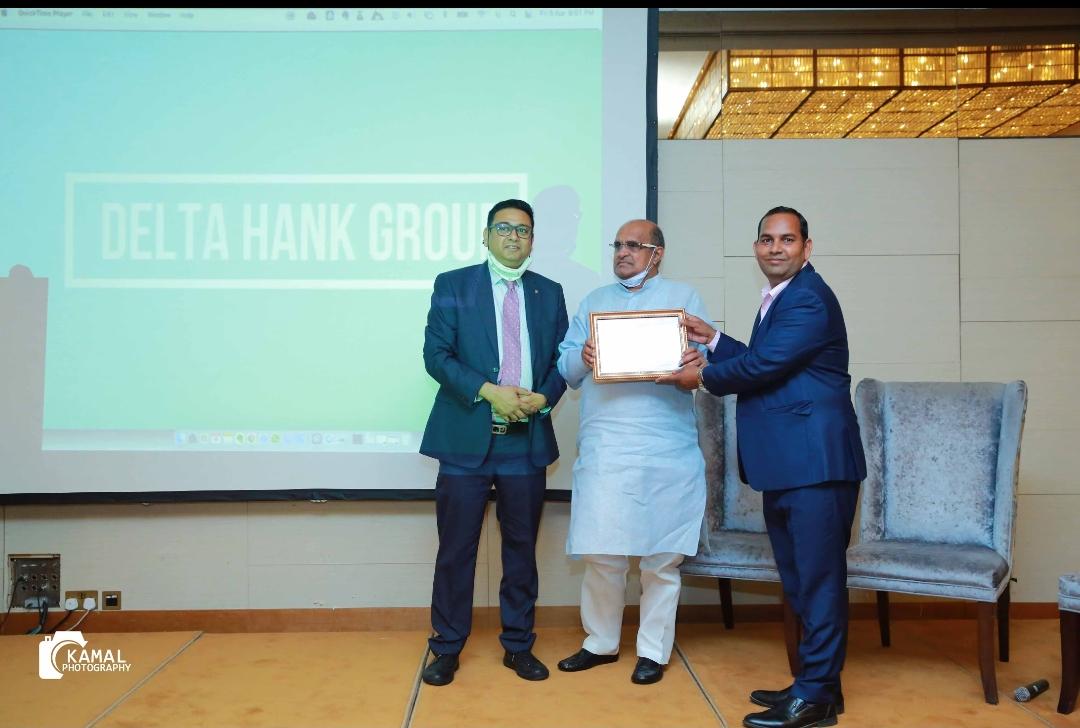 Udaipur: Shankar Lal Gurjar, who lives in Vallabhnagar, a small town of Udaipur, has won Dubai's success. Born in a family of farmers in Shobhagpura, a small village of Tarawat Gram Panchayat in Vallabhnagar tehsil, Shankarlal moved to Mumbai many years ago and started a job at Rs 75 a month, later moved to Dubai a few years ago with his passion for cooking. And today owns three companies. Growing up in the small town of Udaipur, Shankarlal organized such a massive event in Dubai on Dr. Bhim Rao Ambedkar Jayanti, which surprised all the migrant Rajasthanis. A seminar was held at Creek Hotel Tower in Sheraton Dubai on the 130th birthday of Bharat Ratna Doctor Bhimrao Ambedkar. Minister of Small Irrigation and SC-ST Welfare Minister Santosh Kumar Suman of Bihar Government was present. In the program, Baba Saheb's literature and food items were also distributed to the workers. Social Adviser Shankar Lal Gurjar, resident of Vallabhnagar Tehsil Murdia of Rajasthan, Chief Advisor of Ambedkar Global, has done a great job of bringing Ambedkar's ideas and principles to the masses by living in Dubai. Addressing the people, Minister of Bihar Government Santosh Suman said that Dr. Ambedkar's education is still relevant in the whole world. Equality is needed for everyone. To achieve this goal, we are working in Bihar. The government and the people will have to work together to bring Baba Saheb's dreams to the ground. Santosh Kumar Suman also appreciated the contribution of Rajasthanis living abroad to achieve this goal and described AmbedkarGlobal.com as an example. The event was organized by the international organization AmbedkarGlobal.com. Former MP and JDU General Secretary KC Tyagi and BCCI Vice President Rajiv Shukla were the chief guests of the event. Many Indian leaders working for the upliftment of the society also participated in the event. On this occasion, JDU General Secretary Tyagi also insisted on following the teachings of Dr. Ambedkar. Tyagi said that no matter how much our country has developed, there will always be a lot to learn from Dr. Ambedkar.