No destination is difficult if you want.. 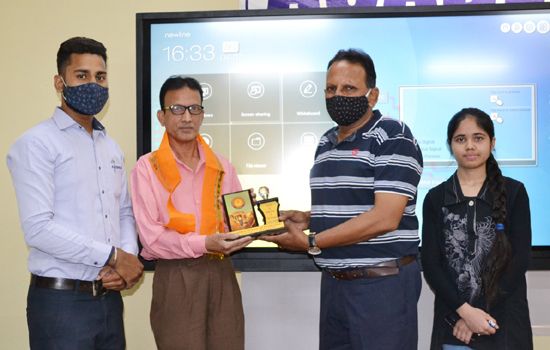 Udaipur: Shazia Khilji, a Government Gi r ls Higher Secondary School student, Hiran Magri Sector 11. has been selected by the state government for her graduate studies abroad. Shazia had secured first place in the district in government schools' merit by scoring 97.83% marks in the 10th board examination. The result of which they had to get naturally. Shazia dreams of becoming a doctor as well as an IAS officer. Shazia was honored by the Anushka Academy for this achievement, and all the students of the institute got an encouragement that if there is a desire to do something, then no destination is difficult. Director of the institute Rajiv Surana said that just as Shazia illuminated the name of the city along with the name of her parents at such a young age, in the same way every student of Udaipur, the city of our lakes, has that ability, only if needed. There should be a passion for achieving it by becoming focused on its goal. At the same time, Surana announced that if Shazia wants to prepare for the IAS exam in the future, then she will get free coaching from Anushka.