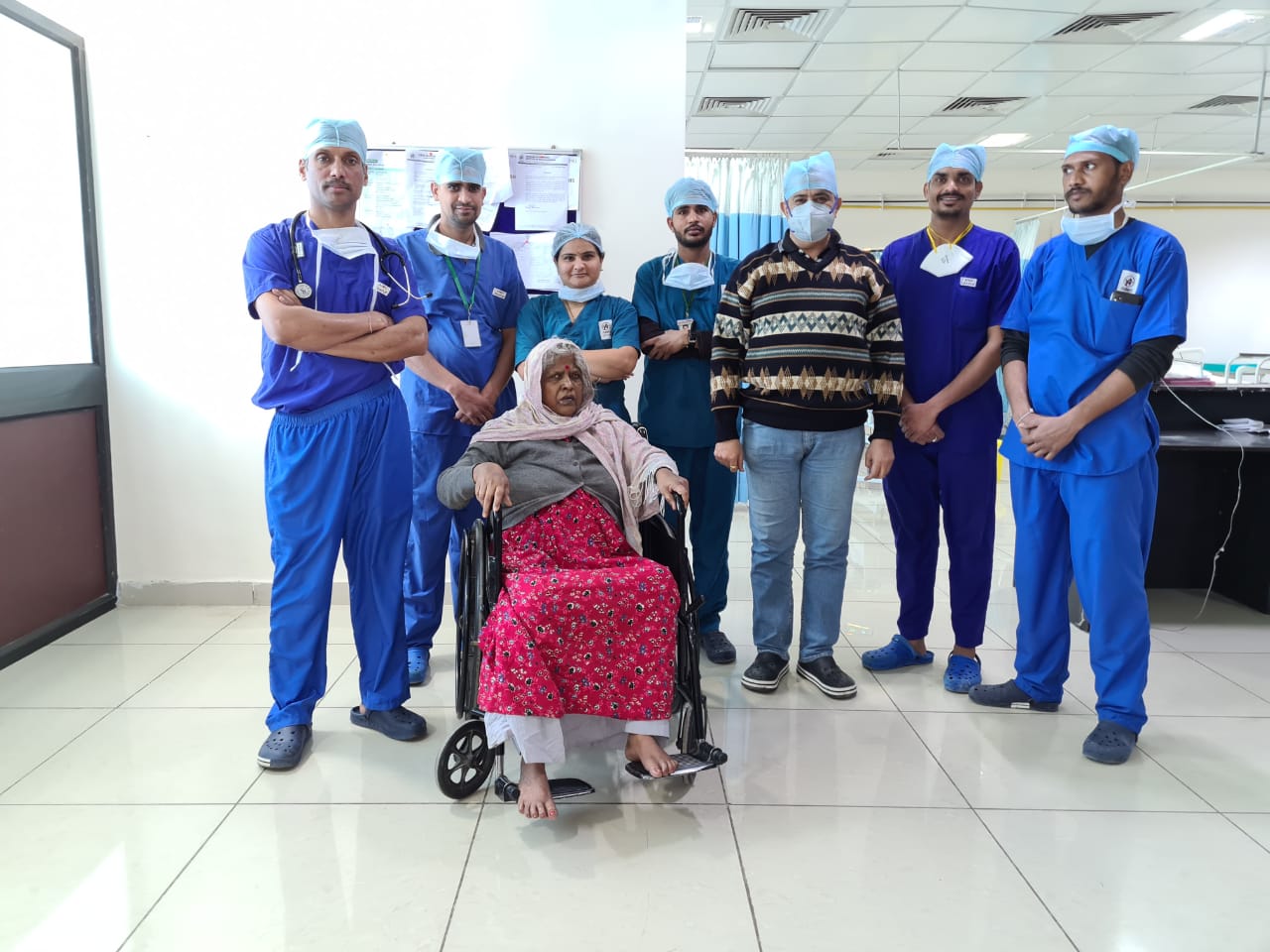 Udaipur. The woman, who was admitted to GBH General Hospital in Bedwas due to severe corona contamination and asthma, diabetes, and heart-related disease, was sent home healthy after 24 days of treatment. The doctor has claimed that such cases must have been selective in the entire district.

Group director Dr. Anand Jha said that the family had taken a 65-year-old woman from Nathdwara to the GBH General Hospital in Bedwas recently. When the woman arrived here with her family members, she had a lot of trouble breathing. In addition to the woman being very overweight, it was discovered that he had asthma after taking her previous information. Apart from this, she is also deficient in sodium in the body, and she has also been heart disease in the past. Apart from this, she is also a patient with diabetes, blood pressure. It was also affecting both the kidneys. It is called multi-organ failure in medical terminology. In such a situation, she was found to be corona positive, in which she has difficulty breathing, and her HRCT score was also getting 17.

Here at the GBH General Hospital, the ICU team, under the leadership of Dr. Piyush Garg, the Intuitionist, started treating the woman following the Covid protocol and gave the neurologist Dr. Nishant Ashwani on a ventilator when needed. The women were systematically treated at every step with sodium levels maintained and removed entirely from the ventilator on the 14th day and discharged on the 20th day after the respiratory process cured.