Message of saving water to Doctors and Dairy students 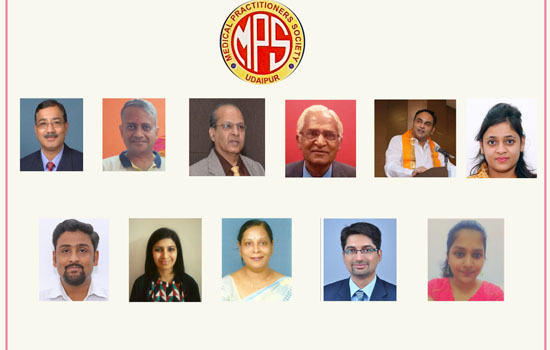 Udaipur: Under his save water campaign for the last twenty years last week, two such webinars were conducted on Save Rainwater i.e.Rain, water harvesting. The first webinar was conducted with the students of the college of Dairy and Food technology on 7.september 20. In this, Dr. P.C.Jain told the students that water quality affects both dairy and food products, causing disease and disabilities in both humans and animals. The simplest way to improve water quality and quantity is rainwater harvesting, thereby recharging the existing water sources, the tube well, hand pumps, well, etc., or the earth indirectly or on surfaces in Talab, or tanks in the buildings.
The students actively participated in this webinar. One group of students prepared a video on Jal Geet BHUJAL ME PANI DALO RE BHAIYA, and another group created a play named AIK LOTA PANI, which were shown in the webinar.
Dean Dr. V.D.Mudgal welcomed Dr. P.C.Jain and Dr. Nikita wadhawan Bordia thanked the Students. Anusha Upadhya, Pradeep Dhaka, and Bharat Paliwal were active participants.
In the second webinar , that held on 8 th September 20, conducted by Medical Practitioners Society, Udaipur .Dr. P.C.Jain congratulated the doctors that the Udaipur doctors are highest in numbers for installing the ROOFTOP RAINWATER HARVESTING in their Hospitals and residences. THIS DEWAS  WATER FILTER TECHNIQUE IS THE FASTEST, CHEAPEST, EASIEST FOR ROOFTOP RAINWATER HARVESTING. It is approved by the Central Groundwater Board and also installed when Dr. A.A.Saife was Principal in R.N.T.Medical College, Udaipur.
4000 Children Blinded
Increasing Floride can damage the eye's retina may lead to permanent blindness, which had happened in Pawagada near Bengaluru in Karnataka when 27000 children were examined. This could be prevented by simply doing rainwater harvesting. The quality of underground water changes, and Flouride comes under the permissible limits. Other chemicals like nitrates, Mercury, Arsenic, Lead, Chemical Fertilizer s, Pesticides also lead to multiple diseases that are difficult to treat.
Low TDS Water - He cautioned the audiences about the low TDS water of the R.O. system, which is very aggressive and may lead to many diseases including Diabetes, Cancer, Vitamin D deficiencies also. So the ideal TDS is around 350mg/Litre. As per WHO advises, the R.O. system should be installed when the TDS of water is more than 900 mg/Litre.They were also shown the short Play AIK LOTA PANI.Dr. Gaurav Wadhawan, well comed Dr.PCJain&  thanked  given by Dr. Kartikaya Kothari. President Dr. A.P.Gupta thanked the organizer of the webinar.Dr. Anil Kothari, Dr. Anand Gupta, secretary IMA, Dr. Ashutosh Pandya, Dr. Bankul Gupta, Dr. Sonia Gupta, Dr. Arun Samar, Dr. Raj Kumari Samar, and Dr. Mukesh Devpura were among who attended the webinar.