LOK SABHA ELECTION 2019, WITH BJP HAVING ALL SEATS, CONGRESS FACES TOUGH FIGHT AHEAD 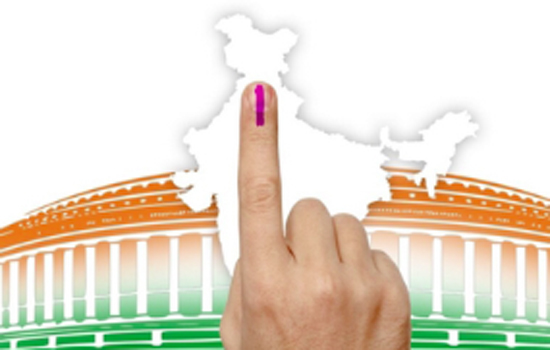 Udaipur With more than 4.84 crore voters, Rajasthan is a significant state for political parties from the electoral perspective.At present, BJP represents all 25 parliamentary constituencies within the state, a streak the saffron party would like to maintain in the upcoming 2019 LokSabha polls. The state is set to vote in the fourth and fifth phases of the seven-phase general election on 29 April (13 constituencies) and 6 May (12 constituencies).There are 200 Assembly constituencies in the state. In the 2018 Assembly elections in Rajasthan, the anti-incumbency wave helped the Congress dethrone the Bharatiya Janata Party (BJP) with 100 seats.

While the main contenders in the state are BJP and Congress, smaller parties such as the BTP and BSP are likely to only play spoilsport and create a dent in certain pockets of the state. Caste also plays a crucial role in determining election results in the state. It remains to be seen if the anti-incumbency wave of the Assembly election will have an impact on the LokSabha elections in the state.

Here are statistical pieces of information about Mewar Vagad division having four LokSabha seats are  as under:

Results in last four LokSabha elections: Congress leader Raghuvir Singh Meena won the seat in 2009 but lost to BJP’s Arjun Meena in 2014. In 2019 Congress and BJP filed  RaghuvirMeena and ArjunLalMeena  as their candidates

In 2019  Gopal Singh is swittesched to Chittorgarh while Hari Om  Singh is not contesting. Diya Kumari prices from Jaipur is Contesting as BJP candidate while Congress relies on veteran leader Kaka shib Devki Nandan Gurjar.