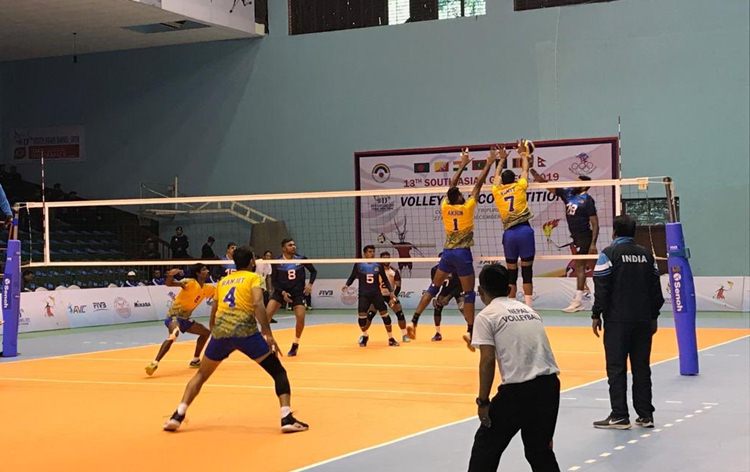 Indian men and women volleyball teams have entered the semifinals of 13th South Asian Games. In the last group 'A' match, Indian men’s team defeated host Nepal in straight sets by 25-15, 25-13 and 25-16 in Kathmandu last evening. India will now take on runners up of Group 'B' in the first semifinal tomorrow.

Earlier in the day, Indian Women’s team defeated Bangladesh in the last match of Group 'A' 25-8, 25-11 and 25-9. Indian women dominated their Bangladeshi opponents throughout the game. India will clash with the Maldives and host Nepal will play against Sri Lanka in the semifinals today.

Though formal opening ceremony of Games is scheduled to take place on Sunday volleyball matches have already started. Over 2,700 athletes will compete for 1,119 medals including 319 Golds in 26 game categories. As many as 499 athletes from India are participating in the biggest sporting event of South Asia. The closing ceremony will be held on the 10th of December.