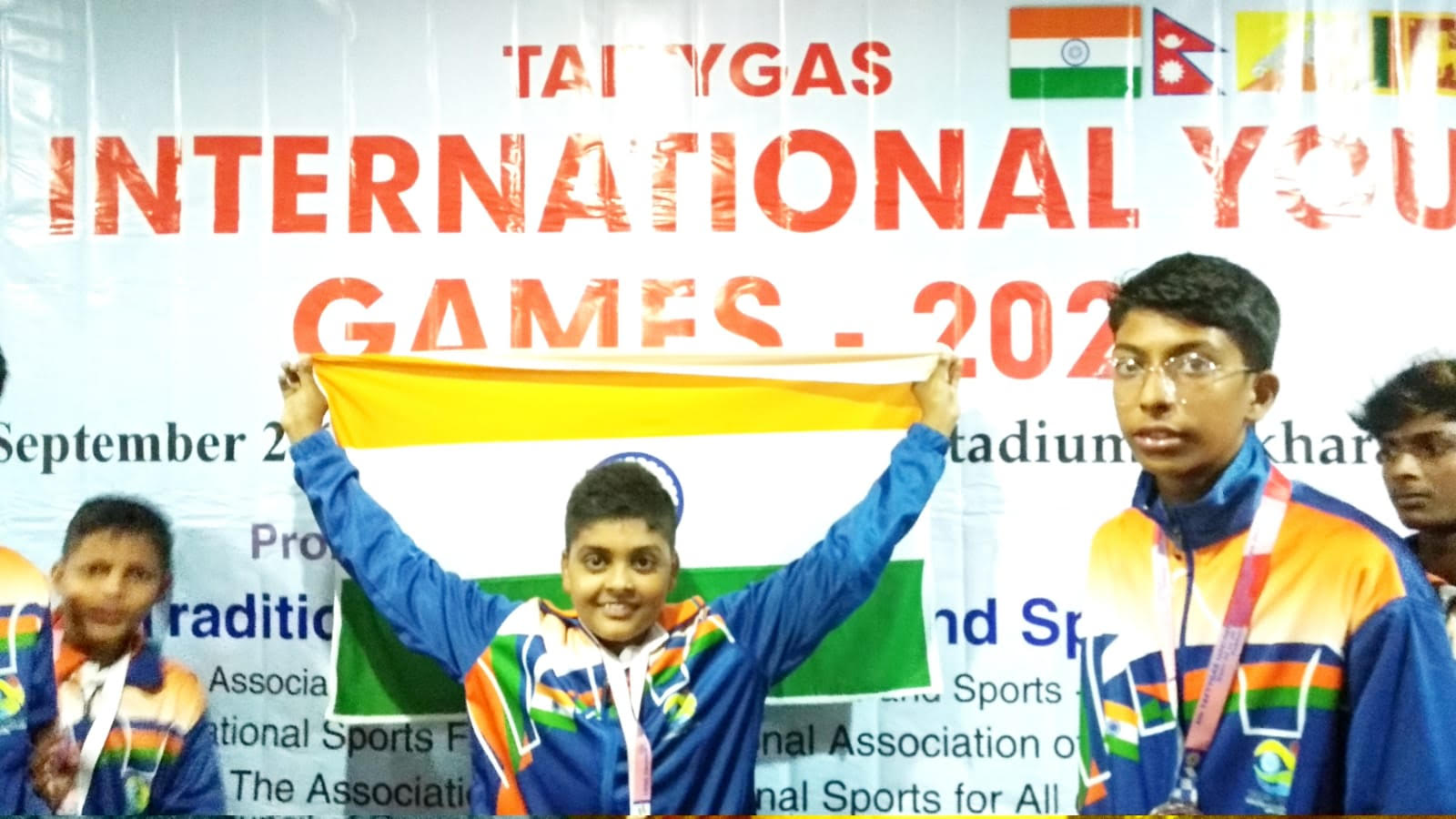 Udaipur:Twoplaye r s o f M a r c o s AcademygotGoldand Bronze medals in an international competition held in Nepal. Renshi Mangilal Salvi, director of Marcos Martial Arts Academy, told in an interview to reporters th a t th e 4 th I n t e r n a t i o n a l Traditional Youth Games organized under the aegis of The Association for Traditional Youth Games and Sports, affiliated to Khelo India and Fit India, recognized by the Government of India, was organized in Pokhara, Nepal. In which Priyanjali Kanwar of Marcos MartialArtsAcademy received a gold medal in Karate and Devesh Dangi got a bronze medal in kickboxing On the return of the players to Udaipur, Deputy, District Police Women's Crime Branch Smt. Chetna Bhati honored the players by wearing medals. Along with wishing for a bright future, P.Acharya received the blackbelt bypassing the blackbeltexaminationconductedundertheaegisofShotokanKarateDo Sports Association.