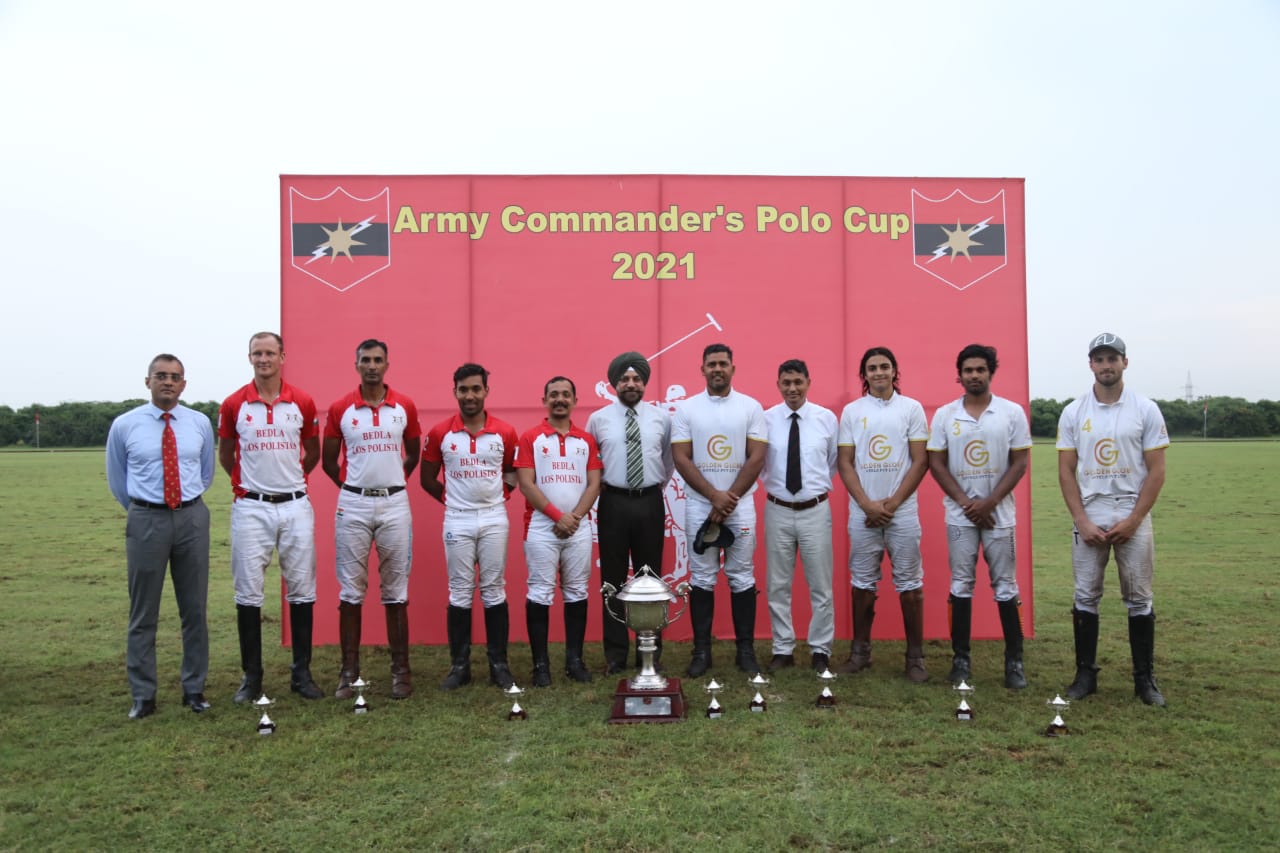 Jaipur:ArmyCommandersPolo Cupfinals was played at spectacular Polo ground of 61 CAVALRY at Jaipur on 27 Sep with Bedla/Los Polistas claimingthecupwhichwas very keenly contested byAchievers Golden Globe. This makes a second consecutive win for Bedla/ Los Polistas after winning 61 Sub Area Cup just a week before. The current 16th edition of Army Commanders Polo cup was a 10 goal tournament enthusiastically participated by five renowned top Polo Teams with players from Indiaandabroad.Thefinalmatchdemonstrated anincredibledisplayofsportsmanshipamongst the teams and synergy between men and the strong & sturdy horses following threeTactics; Attack,AttackandAttack.Despitetherainplaying a spoil sport after second Chukker, there was never any lag in the pace of the horses and the game.The game gave some picture perfect shots and Instagram moments to the spectators.The players really complimented the soil composition of the ground as it provided enough safety to the riders and the horses despite drizzle off and on. LtGeneralASBhinder,Army Commander, Sapta Shakti Command presented the Cup to the winning team Bedla/Los Polistas led by Rao Himmat Singh Bedla. Army Commander’s Polo Cup was instituted in the year 2006 by Lt Gen PK Singh, the then Army Commander of South Western Command with an aim to provide platform to young & talented Polo players from across the country. The finals was a perfect proof of the traditions being upheld with huge fervour and the horsemanship displayed by the teams was a treat to watch.