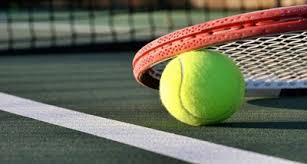 In Tennis, Team India will take on Team Croatia in the first round of the Davis Cup Qualifiers' 2020 at Zagreb today. In Single's, India's  132nd ranked Prajnesh Gunneswaran will take on 277th ranked Borna Gojo followed by 182nd ranked Ramkumar Ramanathan challenging the former world No. 3 Marin Cilic who had helped Croatia win the trophy in 2018.

​In the doubles, Team India comprising veteran Leander Paes and Rohan Bopanna will take on the Croatian duo Mate Pavic and Franko Skugor. After having defeated Pakistan in the Asia-Oceania Group Qualifiers, India secured a match-up with Croatia as they seek a spot in the World Group of the Davis Cup Finals that will take place in November.