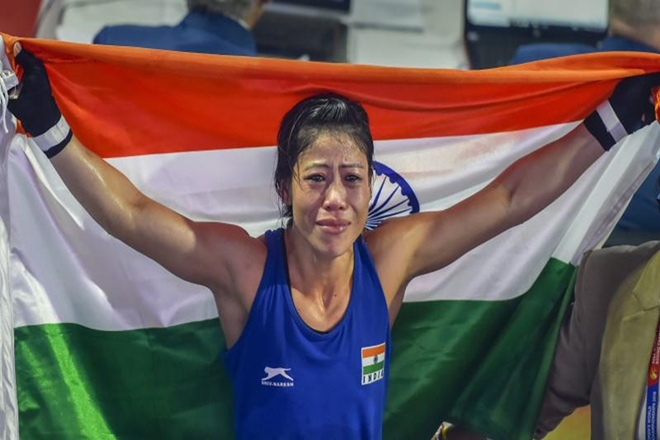 Six-time champion M C Mary Kom today settled for a bronze medal in the World Women's Boxing Championships after losing to Turkey's Busenaz Cakiroglu in an intense semifinal bout at Ulan Ude in Russia. Third-seeded Mary Kom lost 1-4 to second seed Cakiroglu, who is the reigning European Championships and European Games gold-medalist. The Indian contingent sought a review of the decision but the appeal was turned down by the International Boxing Association's (AIBA) technical committee.

Despite this loss, it was a stupendous campaign for the 36-year-old Mary Kom and added to her long list of accomplishments. This bronze is her first world medal in the 51kg category.  Besides six world titles, Mary Kom's incredible career is also studded with an Olympic bronze medal (2012), five Asian titles, gold medals at the Asian Games and the Commonwealth Games, besides numerous other international top finishes.

Later in the evening session, Manju Rani will be up against Thailand's Chuthamat Raksat in the 48-kilogram category, who upstaged fifth seed Yuliyanova Asenova in the quarterfinals.