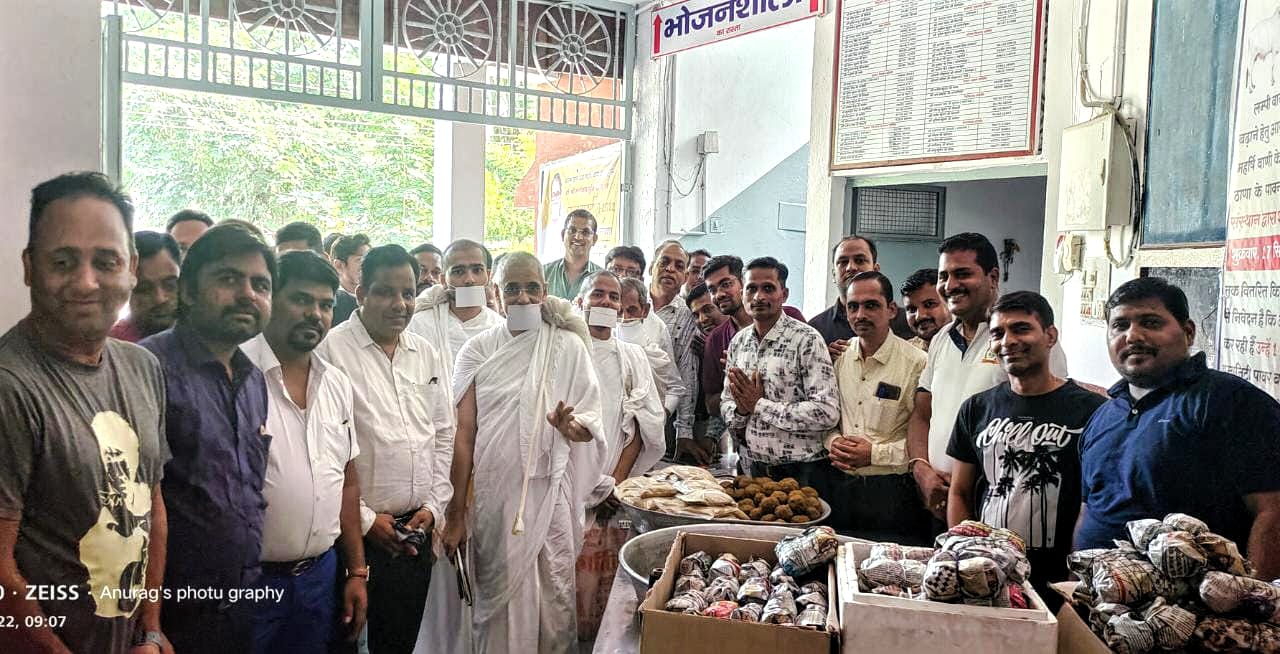 Shri Mahavir Yuvak Mandal Seva Sansthan took exemplary initiative under the guidance of Dr. Samkit Muni Masa etc. Thana 3 in Bhilwara Shanti Bhavan. Given the increasing lumpy disease in the cows in the district, the laddus containing medicines reached various colonies and cowsheds of the city to feed the cows. and distributed.
Mandal President Pramod Singhvi and Minister Anurag Nahar said that the disease has spread in the cows for a long time in the district, due to which hundreds of cows are dying continuously, because of which the officials of Shri Mahaveer Yuvak Mandal Seva Sansthan in Bhilwara district by the members. Medicines containing laddus will be distributed to cattle across the district.
Media in-charge Manish Bamb said that 700 laddus were distributed, and more than 4000 laddus were distributed on Sunday. Medicines containing laddus are being prepared at Modi Hall located at Shanti Bhavan.