PREM CHOPRA to be honoured with the JIFF Evergreen Star Achievement

SPECIAL SCREENING OF PADOSI FOR FANS OF V.SHANTARAM SPECIAL SHOW OF SPOTLIGHT FOR MEDIA 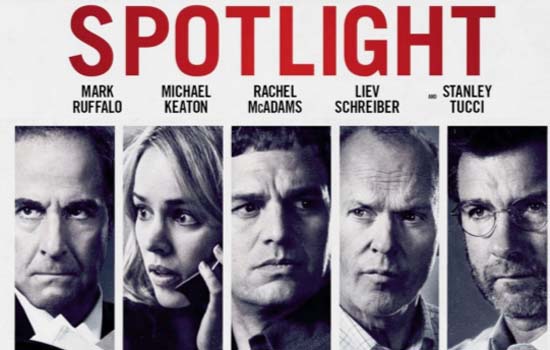 Jaipur: The grand festival of films is going to take place inthecityof JAIPURfrom17th to 21st January. The five-day Jaipur International Film Festival will showcase 240 films from 69 countries.At the same time, a number of special and non-commercial showswouldbeheldinthefestival, which makes JIFF 2020 more special. The Jaipur International Film Festival [JIFF], inaugurated by Jaipur International Film Festival Trust and Aryan Roj Foundation is going to happen from 17th to 21st January this year at INOX Cinema Hall [GT Central]. Padosi delivers the message of Hindu – Muslim Unity Thefestival isgoingtohave severalSPECIALSHOWSfor film lovers. Veteran director V. Shantaram'sfilmPadosiwould be one of the SPECIAL SCREENINGS.Especially for V. Shantaram's fans, this film will be screened at INOX [G. T. Central] in Screen 1 | Audi 1. VShantaram'swell-known film Padosi [1941] is a film touching social issues. This social drama makes the film very relevant in today's times, whichassertsofHindu-Muslim unity. The film focuses on the communal tension that arose in the country afterthe Muslim League was formed. V. Shantaram tried to convey the message of love to the people through this film showing Hindu-Muslimunityandbrotherhood. The film was well received by the audience and critics due to its significant theme. The film starred Mazhar Khan,GajananJagirdar,Anees Khatoon, Radha Kishan, Lajwanti, Sumitra, Gopal and Balak Ram. It is also special to see that in the film, Mazhar Khan played a Hindu character, while Gajanan Jagirdar did the Muslim’s role. The film revolves around the story of a village, where people from different communities live together. In the village are Pandit and Mirza, who are good friends of each other. Onkar, an industrialist who came to build a dam in the village, tries to get these peopledivided.Manyincidents happen and eventually the dam breaks. Both old friends come together and are killed trying to save their lives. Through the character of the industrialistinthefilm,itisportrayed how the British rulers ruledonthestrategyofDIVIDE and RULE. SPECIAL SHOW of OSCARAWARDWinningFilm SPOTLIGHT for MEDIA Spotlight is an American biographicaldramafilmdirected by Tom Macarthy. The film, madein2015,isaboutINVESTIGATIVE JOURNALISM of the oldest Newspaper in the United States. The film is based on the Boston Globe team, which investigatestheeventsofChild Sex abuses spreading across Boston. It is noteworthy that theSpotlightteamwasawarded the Pulitzer Prize 2003 for PublicService forthese News Stories. The Film has been awarded withOscarAward for Best Picture. PREM CHOPRA the JIFF Evergreen Star Achievement Award Born on 23rd September 1935, Prem Chopra is undeniably a very popular face of IndianCinema.Hehasproved hisactinginmorethan380films in a span of 60 years. He has playedthemainvillainorantagonist in many of Rajesh Khanna's famous films, which audiences and critics appreciate and remember hitherto. Born in Lahore and later studied in Shimla, Prem Chopra's inclination towards acting started from college days. Despitebeingdisapproved by the family, he was firm about his dreams and then movedtoMumbaitotryhisluck in Bollywood. During the days of struggle, he also worked in a newspaper and simultaneously worked in Films. In the year1967,afterthefilmUpkar, he got recognition as an actor and rest is the history. Prem Chopra performed in the Movies like - Shaheed | Upkar | Wo Kaun Thi | Do Raste | Do Anjaane | Kati Patang | Kala Sona | Kranti | Dostana | Poonam Ki Raat | UncheLog| Jaanvar|Nishaan | Teesri Manzil | Phool Bane Angaare | Prem Pujari | Yaadgar|Himmat|PoorabAur Pashchim | Keemat |Ajnabee | Benaam | Pocket Maar | Do Jasoos | Dream Girl | Dil Aur Diwar | Des Pardes | Ajaad | Dulhe Raja |Anari No. 1 | Laal Badshah|KoiMilGaya|Bunty and Babli | Dhamaal |Daddy Cool and Patiyala House. Chopra admits that his best filmswere–Kunwari|Sikander - e – Azam | Shaheed | Jadu TonaandChori-ChoriChupke - Chupke. Prem Chopra asserts that he had come to Mumbai to becomeaHERO;thoughaudiences liked him very much as a VILLAIN and he was recognized as a VILLAIN in Indian Cinema. In 1976; he received the Film FareBestSupporting Actor Award for the film Do Anjaane. In the year 2004; he was awarded the Legend of IndianCinemaAwardinAtlantic City. He has also won the Ashoka Award, Ashirwad Award, Lions ClubAward and Punjabi Kala Sangam Award. Prem Chopra's daughter Ritika Nanda has also written his Biography; which is titled - Prem Naam Hai Mera, Prem Chopra. Shaji N. Karun has won NATIONAL AWARDS Born on 1st January 1952; ShajiN.Karunisawell-known Fi l m Dir e c to r a n d Cinematographer. He has beenthePremierChairmanof theKeralaStateFilmAcademy. Significantly;thisacademyhas been India's First Film and TV Academy. He has also been theExecutiveChairmanofthe International Film Festival of Kerala from 1998 to 2001. ShajiN.Karunis knownfor his remarkablefilms likePiravi |Swaham|Vanaprasthamand Kutti Srank. His debut film Piravi [1988] has won the Award at the Cannes Film Festival. He has also received the National Award for Best Direction for Piravi. Not only this,hehasbeenawardedwith NationalAwards for Best Film fo r Ku tt y Sr a n k a n d Vanaprastham.