State to soon get medical colleges in each district

Final 2 Proposals for colleges in Rajsamand, Pratapgarh will be sent to the Centre next week 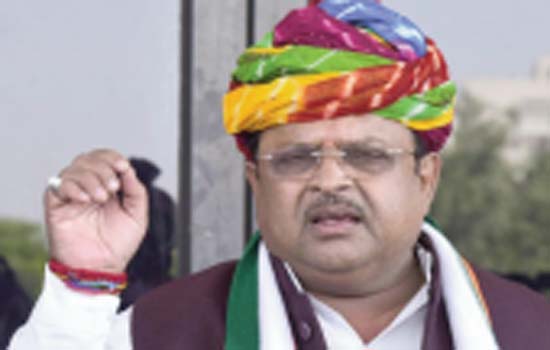 Jaipur:Rajasthanaims to become the first state in the country to have a medical college in each of its 33 districts. With 31 districts cove r e d , p r o p o s a l s fo r RajsamandandPratagarh will be sent to the centre next week for sanction, Medical Education secretary Vaibhav Galriya said. Chief minister Ashok Gehlot has on several occasions stated that he wants Rajasthan to be the number one state in healthcare. Health minister Raghu Sharma has also directed officials to take the task of setting up medical colleges seriously. Galriya said the state has 31 medical colleges in 30 districts, with two in Jaipur. Sanction has also been given for a medical college in Jalore and now only Rajsamand and Pratagarh districts are left. He said chief secretary DB Gupta has held discussions with officials of the health department and asked them to prepare a report for colleges in the two districts. The proposals will be sent to the centre by next week, he said. “The setting up of new medical colleges will help overcome the shortage of human resources and improve the quality of health care available in the state,” said Galriya.He said that with medical colleges, better health facilities will be available to rural population. “Things we take for granted such as cardiologists we take for granted in cities are still not available in rural areas. We want to provide these facilities in villages too.”The colleges are each with 300 bed strength and the centre has sanctioned Rs325 crore per college which will be shared 60-40 between the state and centre.Galriya said the state government too has committed its share of the funds.He said the centre will give around Rs 2500 crore and the state’s contribution would be to the tune of Rs 1000 crore.Rajasthan had seven medical colleges till 2014. In 2018, the Medical Council of India (MCI) gave approval to five medical colleges in Pali, Bharatpur, Bhilwara, Churu and Dungarpur after inspection.In May 2019, the MCI gave approval to the medical colleges in Barmer and Dholpur. In September, sanctionwasgivenfor10colleges tocomeupinAlwar, Jaisalmer,Banswara, Nagaur,Chittorgarh,Bundi,Sirohi,Karauli,Baran andSriganganagar. After that another seven medical colleges have been approved for the state, taking the total number to 31.

Top Stories !
- One Needs to Declass Oneself to Und...
- The birthday of Hindu Surya should ...
- The Card Readers
- The ball of the hip was broken, an ...
- Salute to the spirit of women offic...
- Stone disease, skin disease homeopa...
- Planted 51 water and 51 granules
- Online premiere of the film "Te...
- Ajmer Smart City’s war room instr...
- Ajmer Smart City’s war room instr...
- Comfortable face mask designed by C...
- Printing business should move ahead...