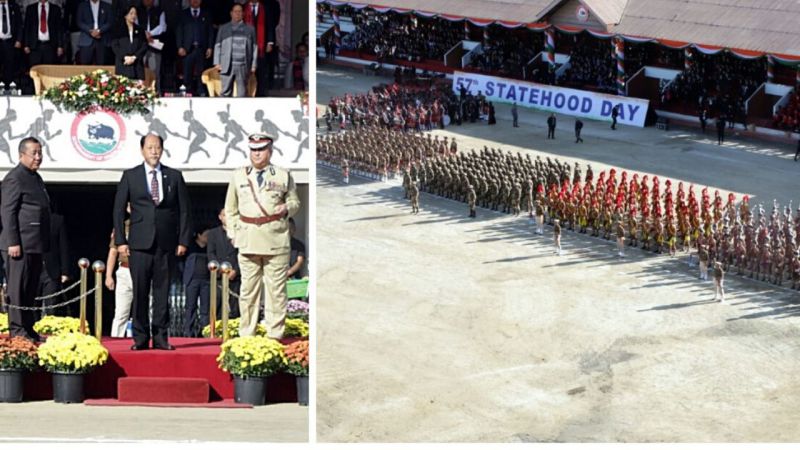 Nagaland is celebrating its 57th Statehood Day today. It became the 16th State of the Union of India on 1st December 1963. The formal inauguration was done by the then President of India Dr. S. Radhakrishnan.

Celebrating the Day in Kohima, Chief Minister Neiphiu Rio addressed the people and said the state has come a long way in the midst of all the turmoil. He remembered the founding fathers for their sacrifices and resoluteness that brought the state into a reality.

The Chief Minister said the quest for a final solution to the Naga political issue continues till today. He said negotiations between various Naga political groups and the Government of India have concluded and a solution could be very close.

Governor R N Ravi, in his message, called upon the people to build a new Nagaland. He said a new Nagaland is possible only through a mass movement in which every citizen is an active partner.

Home Minister Amit Shah has greeted the people of Nagaland on their statehood day today. He said this beautiful part of India is home to diverse culture and traditions, and every Indian must visit the state once to experience its rich culture. He prayed for the continuous prosperity of the state.