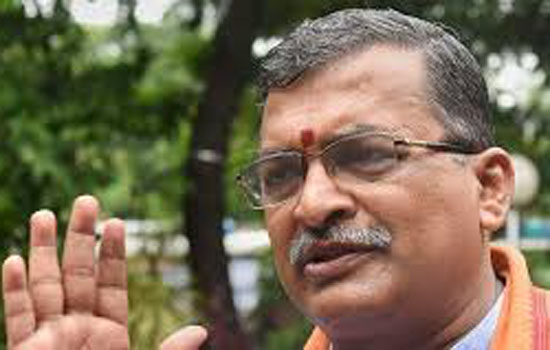 New Delhi . Vishva Hindu Parishad (VHP) has warned the Christian missionaries from destroying the ancient culture and indigenous religion of the tribals as well as trafficking their children in Bhagwan Birsa Munda's own holy land. VHP Secretary General Shri Milind Parande today said that Christian missionaries are enticing the Krishna-like powerful tribal community into converting, a la Putna of yore. VHP will not allow the heinous conspiracy to succeed.


Shri Parande said that the tribals had produced many brave fighters who laid down their lives fighting against foreign invaders and heretics. Some of these valiant efforts like those of Rana Punja's struggle against Akbar on Maharana Pratap's side, Govind Guru of Bhil tribe's struggle against the British and the 1857 struggle of Tatya Bhil are renowned all over the world. Bhagwan Birsa Munda laid down his life fighting for the cause of Hindu tribal society and the indigenous culture while facing atrocities of these Christian’s jails. The tribals of Jharkhand should not forget the valiant effort made by these martyrs in trying to fight the devious efforts of religious conversion by these Christian missionaries.


He also said that the church, in the name of CAA, is conspiring to create an atmosphere of hatred and fear, to instigate the populace. The recent violence in Lohardaga as well as the rest of the country, in the name of anti-CAA protests, happened because of this false propaganda. The missionaries as well as secular gang should desist from such falsehood.


VHP General Secretary also added that Christian missionary organisations which had been banned for indulging in illegal trafficking of tribal children, have restarted their operations in the past few months. This is very disturbing and the ban should be re-imposed.


According to media reports, a representative delegation of Christian organisations and padres along with the Arch Bishop of Ranchi, Felix Toppo and his Assistant, Theodore Mascarenhas, met Jharkhand CM, Hemant Soren. They protested against the parliament-enacted law, CAA and also NRC & NPR. They demanded that NPR be put on hold till the next census until the tribal society gets a right to enlist itself as a separate religion after adoption of the Sarna code.