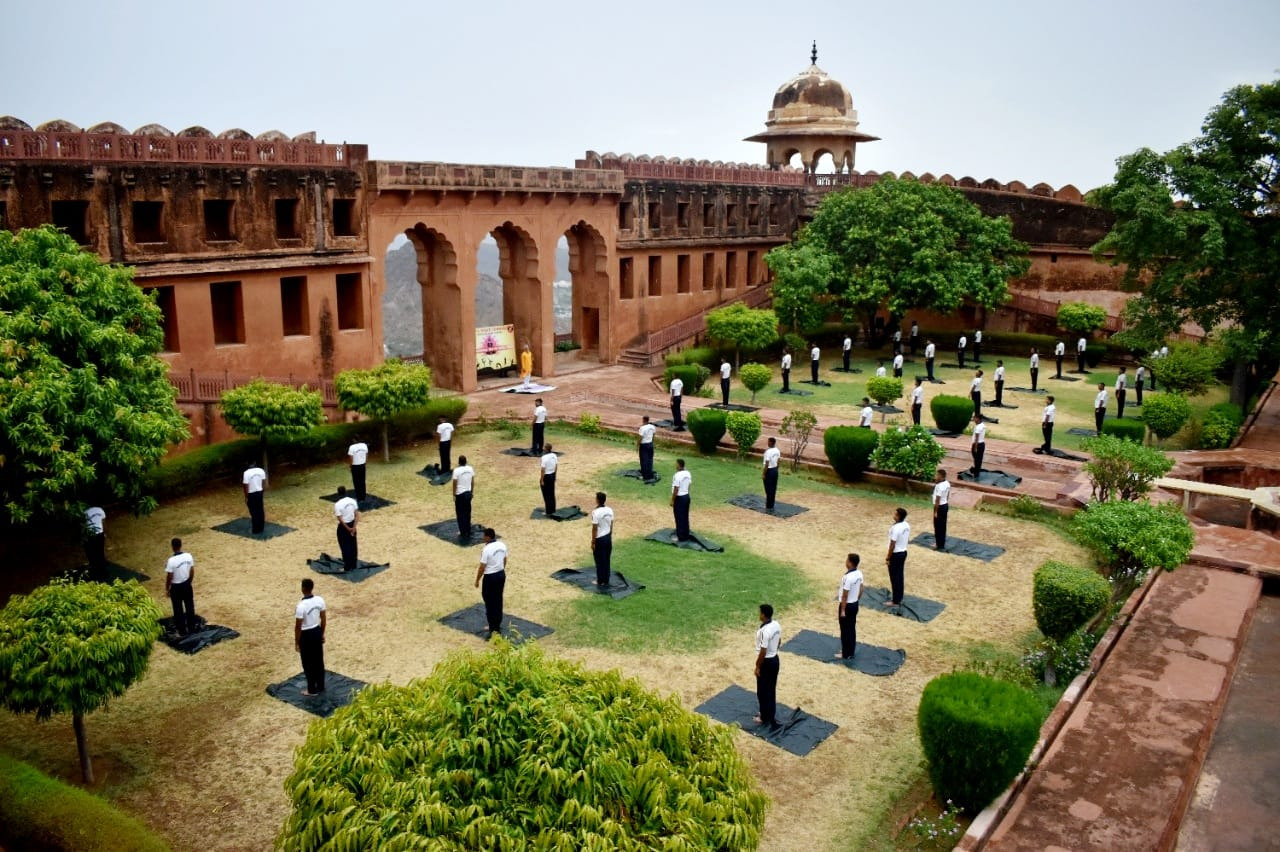 Jaipur : Sapta Shakti Command and its formations across various locations in Command area of responsibility celebrated International Day of Yoga on June 21st.
The International Day of Yoga at Jaipur was celebrated along the the ramparts of the famous Jaigarh Fort. Similarly, Yoga activities were undertaken at other iconic picturesque locations under Sapta Shakti Command at Jaipur, Hisar, Bathinda, Sriganganagar, Bikaner and Suratgarh.  A total strength of 34,335 including ladies and children enthusiastically participated.
The Army has recognised the importance of this century old practice as an effective stress buster and an alternative physical regime. Sapta Shakti command encourages all ranks to learn and adopt various yoga techniques to improve mental concentration at work and develop a positive outlook on life.
This year as a prelude to the International Day of Yoga similar practice session were organised by Sapta Shakti Command  on 19th and 30 May  also to raise awareness on the benefits of Yoga in day to day life.