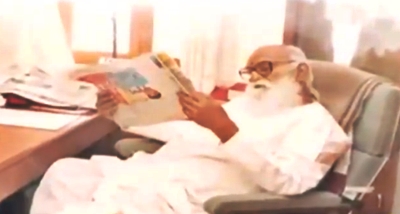 Prime Minister Narendra Modi has paid tribute to veteran social worker and RSS leader Nanaji Deshmukh on his birth anniversary today. In a tweet, Mr Modi said, Nanaji dedicated his entire life for the welfare of farmers and rural masses. Prime Minister said, his contributions to the nation-building will always inspire the people.

Mr Modi also paid tribute to Lok Nayak Jai Prakash Narayan on his birth anniversary. Prime Minister said, Jai Prakash Narayan not only participated in freedom movement but also made invaluable contributions for protection of democracy in the country.